UCL and HR Wallingford, the specialist hydraulic research and consultancy, are collaborating to construct the largest tsunami simulator in Europe, to better understand the impact of these devastating natural phenomena on buildings and coastal defences. 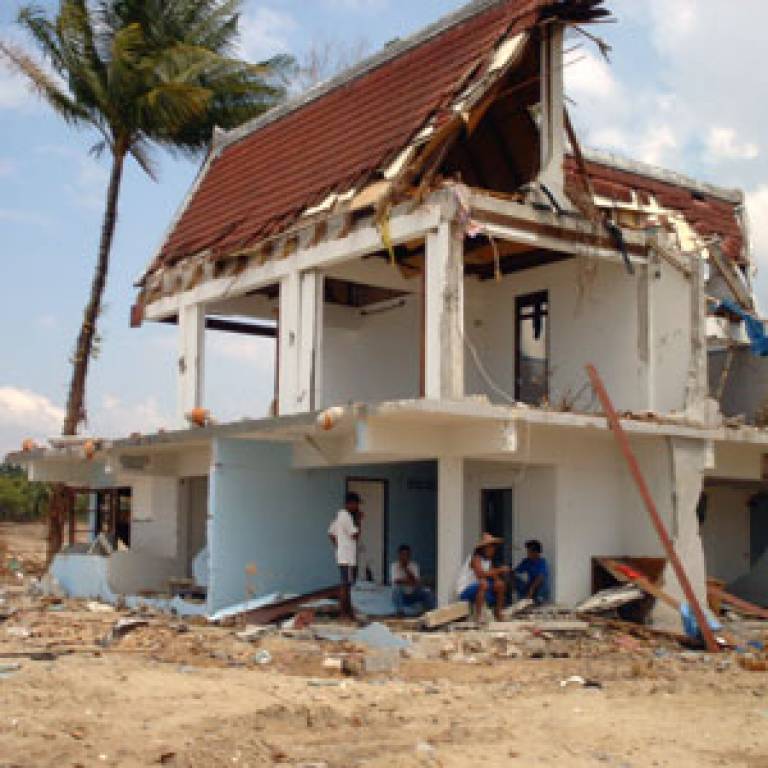 The facility, which is being funded by a €1.9 million European Research Council (ERC) Starting Grant "URBAN WAVES", will be 70m long and 4m wide, enabling - for the first time - the simulation of a tsunami impact on urban areas, through modelling in detail the effects that tsunamis have on coast defences, and how water is channelled around clusters of buildings. The new tsunami generator will also be used to evaluate whether flood and coastal defences are effective against tsunamis, or might amplify their destructiveness through allowing flood waters to build up in front of defences and then when they fail suddenly inundate areas behind, causing more devastation to areas previously thought to be safe.

The new generator works to produce a simulated tsunami using a pneumatic system adapted from methods to make model tides in hydraulic models, and similar to that used for some large leisure or surfing pools.

These much longer waves act very differently to conventional storm waves in both the natural world and the laboratory, where they are simulated using piston motion wave machines. The new facility will improve and extend the world-leading technique where both crest-led and trough-led tsunamis can be generated in a laboratory setting.

It is intended that the research, once completed, will enable the team to produce engineering guidance which can aid in disaster management worldwide.

Professor Tiziana Rossetto, Professor of Earthquake Engineering at UCL who is leading the research, said:

Our research at the facility will have far-reaching implications for both building and urban design in areas at risk of tsunamis, and could help mitigate some of the most devastating risks of the phenomena to both human lives and the land they depend on.

"Tsunamis can be exceptionally destructive when they hit buildings, yet we really don't know a great deal about how the massive horizontal forces they generate act on buildings to cause damage.

"The challenge has been to build a testing facility where we can accurately model these forces on a variety of physical structures, as well as how the forces change or are magnified by the way buildings are clustered together in coastal towns and cities.

"Our research at the facility will have far-reaching implications for both building and urban design in areas at risk of tsunamis, and could help mitigate some of the most devastating risks of the phenomena to both human lives and the land they depend on."

William Allsop, Technical Director of Maritime Structures at HR Wallingford, who is co-supervising the development of the facility and subsequent research, added:

"At HR Wallingford, we are very pleased to work with the strong international researchers at UCL.

"This new project builds on earlier research with Professors Rossetto and Eames. In our initial work, we will model the new facility using advanced Computational Fluid Dynamics tools developed at Wallingford, thus ensuring that the new facility has the widest possible capabilities in modelling tsunami."