This week the spotlight is on Alex Green, Sustainability Stakeholder and Communications Coordinator, UCL Environmental Sustainability. 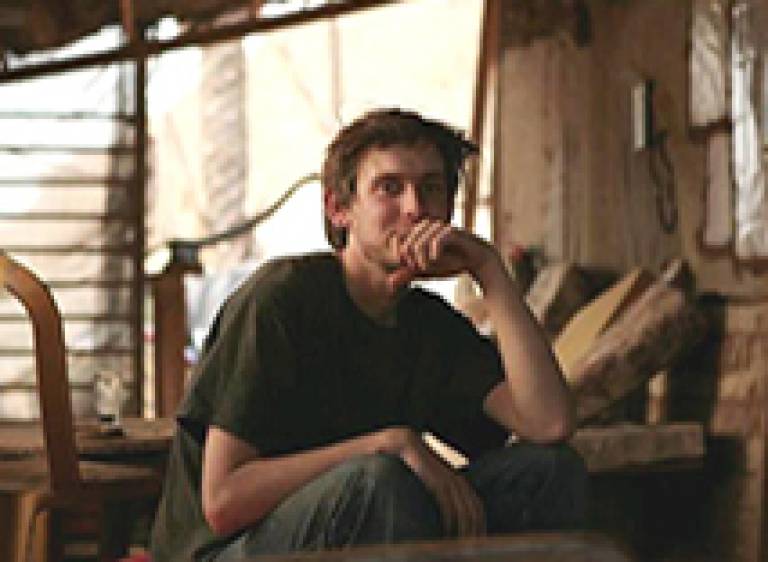 My work focuses on supporting staff and students to make positive environmental behaviour changes while helping to communicate all the brilliant sustainability activities going on across the institution.

As part of this, I focus on recruiting and supporting departmental teams to take part in the UCL Green Impact programme and provide support to Student Switch Off and the Green Champions network.

There's such a range and diversity of action going on across the institution; it's a great role to have.

I've been at UCL for six months. Previously, I worked briefly with a brilliant little international development charity called Progressio, developing a climate adaptation communications piece for them.

Being part of the Green Impact programme has been brilliant. We've grown the number of participating teams massively and a huge number of positive environmental changes are happening because of it.

More generally, it's been fantastic to support the UCL community in taking a big diversity of actions, as shown in the "Green Resolutions" short film I put together earlier this year.

The 2013-14 Green Impact programme runs until the beginning of March, so lots of my work is preparing to audit the participating teams and then celebrate their successes at our award ceremony.

I recently supported the launch of the Central House Living Lab Wifi project, a collaboration between UCL Estates, Green UCL and students from the Bartlett, CASA and Energy Institute.

It's a pioneering project looking at how wifi data can be used to determine building occupancy and then tailor services like heating accordingly. Find out more and watch a video about the project here.

Novel-wise, probably In the First Circle by Aleksandr Solzhenitsyn. I recently saw Lore (2012) which was really good, so I'll go with that for film.

Pavlov is having a pint in the pub. The phone rings. He jumps up and shouts, "Damn, I forgot to feed the dog!"

As I get older and friends are spread wider around the country (and world), it gets harder to get everyone in a room together. Heroes are overrated - the best guests are good friends.

Even if it doesn't feel like it now, you've got the right idea - keep going with it.

Somerset. Even when it's underwater, it's still the best place on Earth.