Brain activity of babies in developing countries could be monitored from birth to reveal the first signs of cognitive dysfunction, using a new technique piloted by a London-based university collaboration. 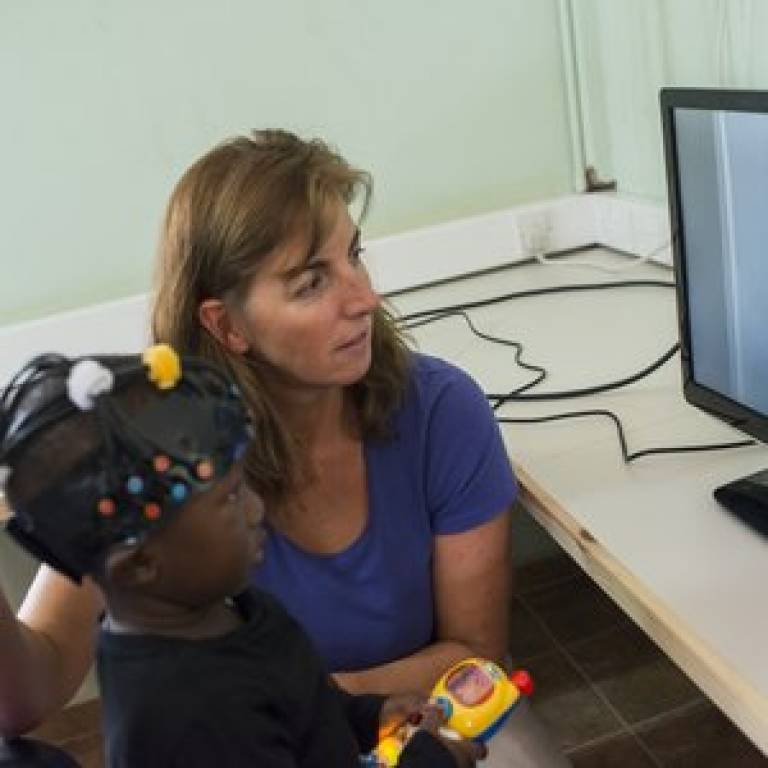 The cognitive function of infants can be visualised and tracked more quickly, more accurately and more cheaply using the method, called functional near infra-red spectroscopy (fNIRS), compared to the behavioural assessments Western regions have relied upon for decades.

Professor Clare Elwell, Professor of Medical Physics at UCL, said: "Brain activity soon after birth has barely been studied in low-income countries, because of the lack of transportable brain imaging facilities needed to do this at any reasonable scale. We have high hopes of building on these promising findings to develop functional near infra-red spectroscopy into an assessment tool for investigating cognitive function of infants who may be at risk of malnutrition or childhood diseases associated with low income settings."

The pioneering study, published this week in Nature Scientific Reports, was performed by a collaboration of researchers from UCL; the London School of Hygiene and Tropical Medicine; the Babylab at Birkbeck, University of London; and the Medical Research Council unit in Gambia.

It aimed to investigate the impact of nutrition in resource-poor regions on infant brain development, and was funded by the Bill and Melinda Gates Foundation.

"Until now, much of our understanding of brain development in low income countries has relied upon behavioural assessments which need careful cultural and linguistic translations to ensure they are accurate. Our technology, functional near infrared spectroscopy (fNIRS), can provide a more objective marker of brain activity."

This is the first use of brain imaging methods to investigate localised brain activity in African infants.

For the studies in the Gambia, babies aged 4-8 months old were played sounds and shown videos of adults performing specific movements, such as playing 'peek-a-boo'. The fNIRS system monitored changes in blood flow to the baby's brain and showed that distinct brain regions responded to visual-social prompts, while others responded to auditory-social stimuli. Comparison of the results with those obtained from babies in the UK showed that the responses were similar in both groups.

fNIRS has previously been used to study brain development in UK infants and most recently to investigate early markers of autism during the first few months of life.

Professor Andrew Prentice (Medical Research Council International Nutrition Group, London School of Hygiene and Tropical Medicine) said: "Humans have evolved to survive and succeed on the basis of their large brain and intelligence, but nutritional deficits in early life can limit this success. In order to plan the best interventions to maximise brain function we need tools that can give us an early read out. fNIRS is showing great promise in this respect."