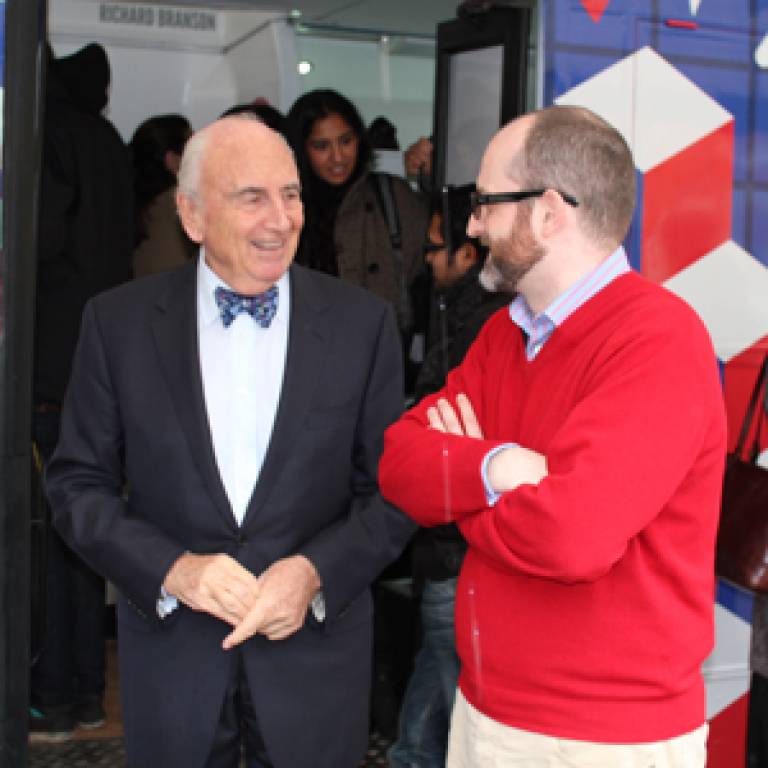 Timothy has led Advances, UCL's centre for entrepreneurship since it was launched in 2007 and won the Award in recognition of his efforts to encourage entrepreneurship and for promoting enterprising skills and attitudes.

To date UCL Advances has secured over £12m in funding for its activities from HEFCE, the European Union, Goldman Sachs, Santander and a variety of other sources. One of the Advances' activities that Timothy conceived originally is the London Entrepreneurs' Challenge, started over ten years ago, a programme to support UCL students who want to start businesses - regardless of degree subject or background - and it is now the longest running event of its type in the country.

Today UCL Advances is one of the largest and most effective university entrepreneurship centres in the world. Each year it offers over 2,500 activity places to UCL students and supports over 300 businesses, the vast majority from outside of UCL's walls, coming from the local community in Camden and from across the country.

In total, Timothy has played a part in educating over 10,000 students in entrepreneurship over the last decade.

Timothy also founded Citrus Saturday, which seeks to inspire 11-13 year olds to engage in entrepreneurship, through providing them with the materials and supervision to set up a lemonade stand in their local community. Having initially started in and around Camden, the programme now runs across the UK, Europe and Africa.

"I am pleased, and surprised, to have received this Award. It's testament to the dedication and commitment of all of the 30 or so members of UCL Advances as well as the wider Enterprise team at UCL, who all work incredibly hard to support entrepreneurial students and staff.

Tim has worked tirelessly over many years promoting enterprise as a key part of his role at UCL. He has been particularly active at promoting and supporting the London enterprise community. I am very proud that such a key member of UCL's enterprise team has been recognised with this honour.

"Here at UCL we lead the pack in supporting anyone from our community who wants to start a business, and encouraging entrepreneurship in the wider community, too, through initiatives like Citrus Saturday, and I'm looking forward to continuing to encourage enterprise in all its forms."

"This is wonderful news - an award that is richly deserved and reflects well on Tim Barnes and on UCL."

"Tim has worked tirelessly over many years promoting enterprise as a key part of his role at UCL. He has been particularly active at promoting and supporting the London enterprise community. I am very proud that such a key member of UCL's enterprise team has been recognised with this honour."

"Timothy has looked to take the knowledge and experience of the activities at UCL to a wider audience through committee work within the Department of Business, Innovation and Skills (BIS) and as a director of both Capital Enterprise Ltd, which represents business support organisations in London, and the National Association of College and University Entrepreneurs (NACUE Ltd), the national representative body for student enterprise societies."

Hushpreet Dhaliwal, CEO of NACUE, who wrote to BIS in support of Timothy's award, added:

"Tim has led UCL's rise to become a leading centre for student entrepreneurship in Europe and has been generous with his time in supporting NACUE and other organisations to learn from their successes and failures, which has really helped large numbers of individuals, public and private bodies to progress this important agenda."