A five year quest is underway to solve the cosmic detective puzzle of why the expansion of the universe is speeding up. 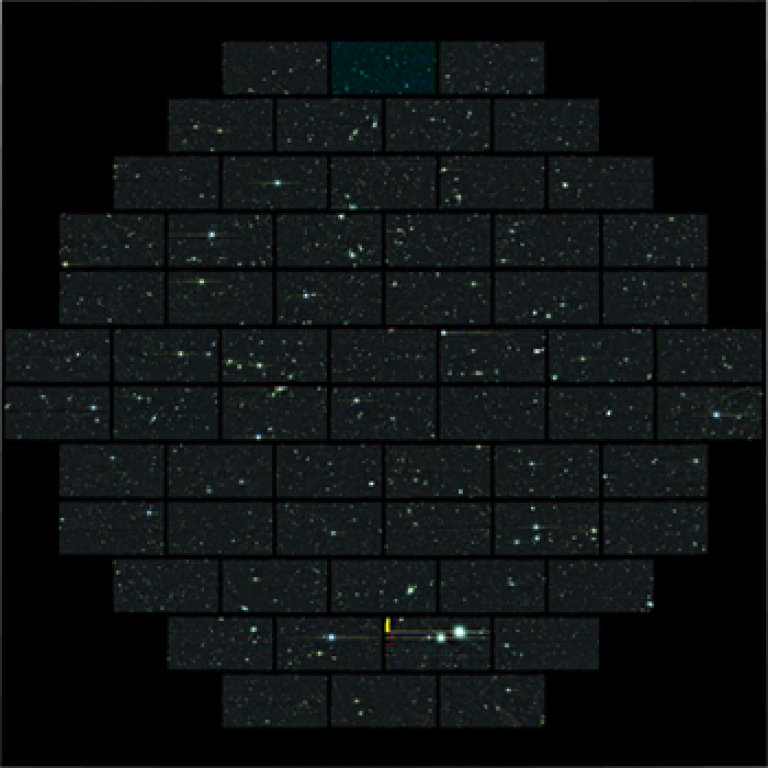 For hundreds of nights over the next five years, the researchers taking part in this Dark Energy Survey (DES) aim to find out not only why the growth of the universe is accelerating, instead of slowing down due to gravity, but also to probe the mystery of dark energy, the force believed to be causing that acceleration.

Scientists on the survey team will systematically map one-eighth of the sky (5000 square degrees) in unprecedented detail. The start of the survey is the culmination of ten years of planning, building, and testing by scientists from 25 institutions in six countries, including the Universities of Cambridge, Edinburgh, Nottingham, Portsmouth, Sussex and University College London in the UK.

Professor Ofer Lahav (UCL Physics & Astronomy) and head of the DES Science Committee added: "One of the most challenging goals for DES is to tell if what causes the acceleration of the universe is indeed dark energy, or something entirely different."

Professor Grahame Blair, Executive Director of Programmes at the UK Science and Technology Facilities Council (STFC), said: "Understanding the origin and nature of dark energy is one of the most exciting and timely areas of study in astronomy today. Our contribution in this international programme demonstrates the UK's excellence in precision optics systems and we can look forward to UK scientists playing a key role in this challenging programme, with STFC support."

The main tool of the survey is the Dark Energy Camera, a 570-megapixel digital camera built at Fermilab in Batavia, Illinois, and mounted on the 4-metre Victor M. Blanco telescope at the Cerro Tololo Inter-American Observatory in the Andes Mountains in Chile.
The camera includes five precisely shaped lenses, the largest nearly a yard across, designed and fabricated at UCL and funded by STFC. "Making these lenses has been the biggest challenge of my career" explains Dr Peter Doel (UCL Physics & Astronomy) who led the UCL team making the lenses. "I had a few sleepless nights worrying about dropping them as they cost over a million pounds to produce!"

The Dark Energy Camera is the most powerful survey instrument of its kind. The digital camera itself is more than 70 times as powerful as the camera in your smart phone and the lenses being used allow it to see light from more than 100,000 galaxies up to 8 billion light years away. Over the next 5 years, DES will use the camera to obtain colour images of 300 million galaxies and 100,000 galaxy clusters and will discover 4,000 new supernovae, many of which were formed when the universe was half its current size.

One of the most challenging goals for DES is to tell if what causes the acceleration of the universe is indeed dark energy, or something entirely different.

The survey's observations will not directly see dark energy, but by studying the expansion rate of the universe and how quickly structures grow scientists can infer the properties of dark energy to greater precision than ever before.

"It's a cosmic detective story" explains Dr Kathy Romer of the University of Sussex who has helped marshal the 40 UK scientists including many students who will run the camera and telescope in the coming months. "We collect as much evidence as we can, and then have to design the most likely story that explains the facts."

A key part of this experiment will be the fact that DES uses four complementary methods to probe dark energy; counting clusters of galaxies, distances to supernovae, the bending of light via gravitational lensing, and the patterns in the distribution of galaxies on the sky. "The combination of these probes will be critical and is the special ingredient of DES" said Professor Richard McMahon at the University of Cambridge and a long-term member of DES. "They will either agree, giving us confidence in our results, or possibly disagree which could be a sign of new physics."

The Dark Energy Survey is supported by funding from the UK Science and Technology Facilities Council (STFC), the U.S. Department of Energy Office of Science; the National Science Foundation; funding agencies in Spain, Brazil, Germany and Switzerland; and the participating institutions.

UK physicists and astronomers, including those from UCL, are working alongside colleagues from around the world on the world's most powerful digital camera - the Dark Energy Camera in Chile - to try and answer some of the most fundamental questions about our universe.

Image: Composite Dark Energy Camera image of one of the sky regions that the collaboration will use to study supernovae, exploding stars that will help uncover the nature of dark energy. The outlines of each of the 62 Charged Coupled Devices can be seen. This picture spans 2 degrees across on the sky and contains 520 megapixels.