This week the spotlight is on Maxine Molyneux, Professor of Sociology and Director of the UCL Institute of the Americas What is your role and what does it involve? As Director of the Institute of the Americas, what I do is very similar to that of any Head of Department in terms of daily and overall responsibility to ensure that the mission of the Institute is fulfilled; but last year was particularly busy with setting up the new Institute and settling it (and ourselves) into UCL. 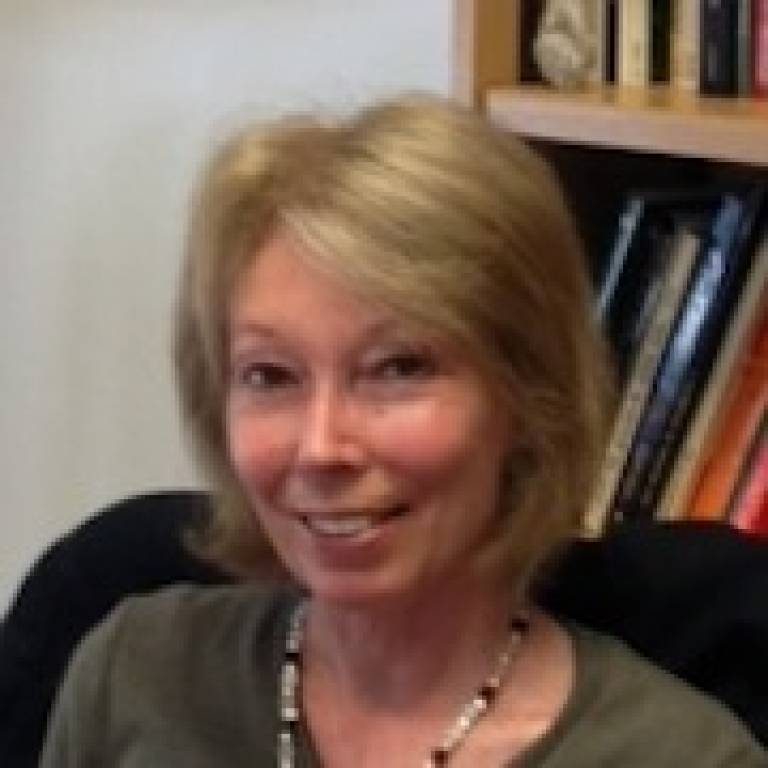 As a result we can now say that we have at UCL the largest postgraduate social science and history teaching programme on the Americas, covering all four regions: Latin America, the US, Canada and the Caribbean. We are also putting on some undergraduate courses and anticipate growth in this area over coming years.

As well as teaching we have a busy outreach programme running seminars, conferences and panels from our Gordon Square building on a great variety of themes - we ran 98 events last year and as of 1 September we had 45 organised for 2013-14 - with quite a few more to come.

Another part of my job is to maintain and initiate collaborative links with scholars and universities across the Americas and with the various communities in London with which we engage - scholarly, policy-related and diplomatic. I sit on a fair few external committees, supervise PhD students researching Latin America, and I am the editor of the Palgrave Series, Studies of the Americas.

I joined UCL last July, along with my other academic colleagues. Before that I was Director of the Institute for the Study of the Americas at the School of Advanced Study, University of London - a post I occupied from 2008. The previous role of Institute Director was not very different from my current one, as the two Institutes had a large post graduate teaching programme and shared a commitment to serving the wider Americanist community of scholars through event organisation and setting up and supporting scholarly networks.

It goes without saying that I am extremely proud to be working with my colleagues to establish the new Institute at UCL, but I am also grateful to have had the opportunity to do what I could to advance human rights and women's rights policy and thinking.

I have been involved in human rights work since I set up and ran a small Committee against Torture in Argentina in 1971 and it has been a privilege to work on some innovative ideas with colleagues in the UN over the years to promote better policies on gender inequality, and tackle extreme poverty.

My research is looking at new developments in social protection and poverty relief in developing countries. Currently I am investigating an emerging policy issue which is how to bring 'social accountability' into social protection. That is - how can programmes designed to assist the extremely poor and vulnerable be made more responsive to their needs through participatory mechanisms, and ensure that poor people have a greater say, and are listened to, in the design, implementation and evaluation of these programmes.

This brings issues of rights and citizenship into social protection as poor people should be treated as citizens with rights, with the right to have a voice in holding governments and service providers to account when there are abuses of power and chronic systemic inefficiencies. This is especially important for vulnerable groups such as the disabled, lone women, and those who suffer racial discrimination.

Top of the to-do list is to write the introduction and edit a collection of papers that address these issues and contain the results of a five-country qualitative research project that I and others carried out for The Department for International Development last year.

Far too many favourites to choose just one, but I particularly like politico-historical films like Svabo's Mephisto, and Hanneke's White Ribbon, so if I have only one I will nominate Argentina's Juan Jose Campanella's El Secreto de sus Ojos as a great favourite.

For my chosen novel I'll stay with the Argentine theme and recommend the late Tomás Eloy Martinez's Santa Evita, one of his two novels about the Peróns.

As for my favourite album can there be a more moving collection than the Chilean songwriter Violeta Parra's Ultimas Canciones (last songs) - especially her famous Gracias por la Vida, which has been sung by different artists at concerts all over the world, especially in those that commemorated the death of the singer and poet Victor Jara who was murdered by the Augusto Pinochet dictatorship 40 years ago on 12 September 1973.

An old Cuban joke of the 80s came to mind with the Pope's recent visit to Brazil - this still makes me chuckle. It goes like this:

On his visit to Cuba the Pope and his entourage were taken for a walk down the malecon (corniche), when a breeze got up and whipped the Papal cape from the Holy Father's shoulders and swept it into the sea.

Fidel Castro immediately leaped into action: "Worry not Holy Father, I will retrieve it for you" and with that he jumped over the malecon, walked over to where the cape bobbed on the ocean, retrieved it and returned it to the grateful Pope's assistant.

How was this incident reported in the various newspapers?

Granma: 'We always knew our Fidel walked on water!'

I would like to bring some dear South African and Latin American friends back to life for it, and invite Mary Wollstonecraft, Louise Michel, Olympe de Gouge, Alexandre Kollontai and Flora Tristan to a meal prepared by Claudia Rodin. I suspect that they probably wouldn't get on too well, but it would be a pretty interesting evening.

Keep your languages up to speed and learn at least one new one before you are 35.

A few weeks into my first teaching post at Essex University, an articulated lorry plus driver crashed straight into the sitting room of my end-of-terrace house. My future husband and I were in the room above. The house was demolished, the driver survived unscathed and we lived to tell the tale.

The River Plate area of South America - I spent my teens in Buenos Aires and Montevideo and there is a fair bit of nostalgic attachment to the zone as well as some long standing friendships.