When you look at the hands of a clock or the streets on a map, your brain is effortlessly performing computations that tell you about the orientation of these objects. 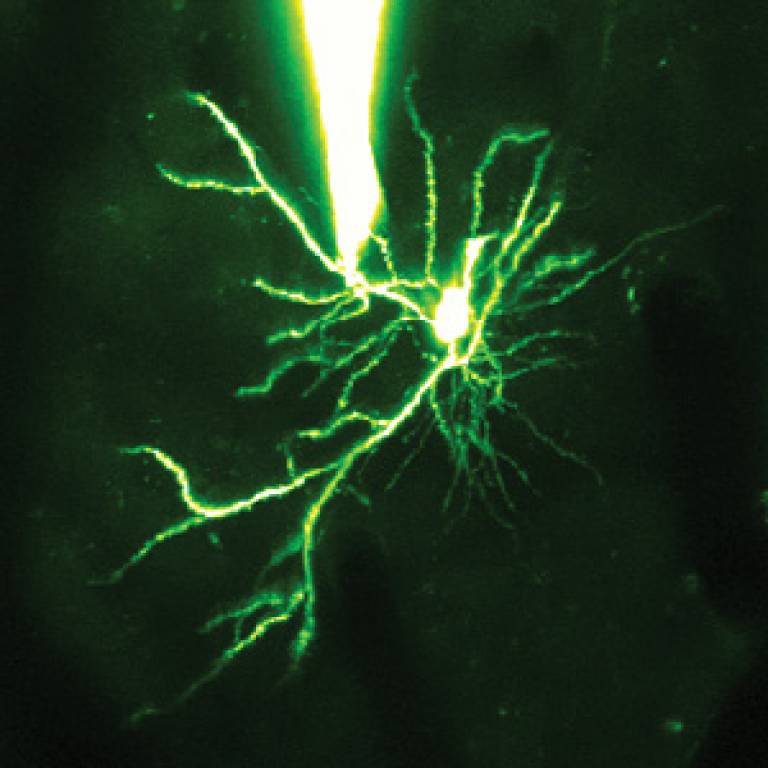 New research by UCL scientists has shown that these computations can be carried out by the microscopic branches of neurons known as dendrites, which are the receiving elements of neurons.

The study, published in the journal Nature and carried out by researchers based at the Wolfson Institute for Biomedical Research at UCL, the MRC Laboratory for Molecular Biology in Cambridge and the University of North Carolina at Chapel Hill, examined neurons in areas of the mouse brain which are responsible for processing visual input from the eyes.

The scientists achieved an important breakthrough: they succeeded in making incredibly challenging electrical and optical recordings directly from the tiny dendrites of neurons in the intact brain while the brain was processing visual information.

These recordings revealed that visual stimulation produces specific electrical signals in the dendrites - bursts of spikes - which are tuned to the properties of the visual stimulus.

The results challenge the widely held view that this kind of computation is achieved only by large numbers of neurons working together, and demonstrate how the basic components of the brain are exceptionally powerful computing devices in their own right.

Senior author Professor Michael Hausser commented: "This work shows that dendrites, long thought to simply 'funnel' incoming signals towards the soma, instead play a key role in sorting and interpreting the enormous barrage of inputs received by the neuron. Dendrites thus act as miniature computing devices for detecting and amplifying specific types of input.

"This new property of dendrites adds an important new element to the "toolkit" for computation in the brain. This kind of dendritic processing is likely to be widespread across many brain areas and indeed many different animal species, including humans."

Funding for this study was provided by the Gatsby Charitable Foundation, the Wellcome Trust, and the European Research Council, as well as the Human Frontier Science Program, the Klingenstein Foundation, Helen Lyng White, the Royal Society, and the Medical Research Council.

Image caption: A direct patch-clamp recording from a dendrite of a pyramidal cell in mouse visual cortex in the intact brain. The neuron has been filled with a fluorescent dye via the dendritic recording and imaged using a two-photon microscope. These recordings directly reveal the computations performed by the dendrites during visual processing.