Early human evolution was driven by short pulses of rapid environmental change in East Africa, according to new research from academics at UCL and The University of Manchester. 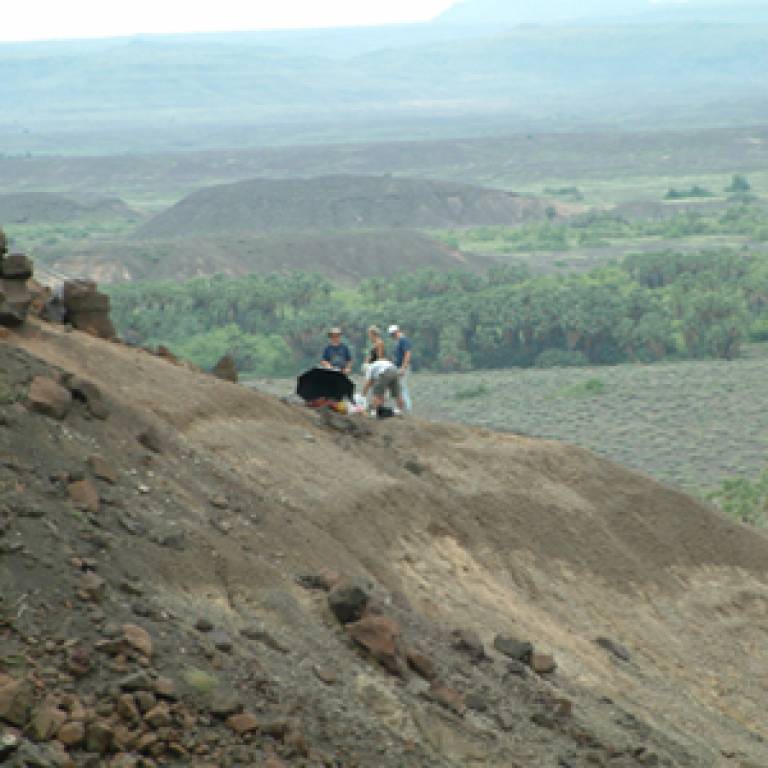 The study, which is published in the journal PLOS ONE, has shown for the first time the link between the waxing and waning of huge lakes in the East African Rift valley and the brain expansion and migration of early human species.

Professor Mark Maslin (UCL Geography), co-author of the study, said: "It seems modern humans were born from climate change, as they had to deal with rapid switching from famine to feast - and back again - which drove the appearance of new species with bigger brains and also pushed them out of East Africa into Eurasia and South Africa."

Dr Susanne Shultz (University of Manchester), co-author of the study, said: "We have long recognised that many key events in human evolution, including the appearance of modern humans, occurred in East Africa. Our study highlights how important the Rift Valley climate was in driving the evolution of our species."

The researchers compiled all the known occurrence of lakes over the last five millions years from the North of Ethiopia down to Tanzania. Using statistical modelling, the team compared the lake and climate records with evidence of human evolution, providing strongest evidence to date for the Pulse Climate Variability hypothesis.

Originally proposed by Maslin and Trauth in 2009, the theory states that at 2.6, 1.8 and 1 millions years ago there are short periods of around 200,000 years when East Africa became very sensitive to the changes of the Earth's orbits, resulting in rapid cycling between very dry and then wet periods of about 20,000 years.

It seems modern humans were born from climate change, as they had to deal with rapid switching from famine to feast - and back again - which drove the appearance of new species with bigger brains

Professor Maslin said: "Due to these changes in orbit, the climate of East Africa seems to go through extreme oscillations from having huge deep freshwater lakes surrounded by rich lush vegetation to extremely arid conditions - like today - with sand dunes in the floor of the Rift Valley. These changes resulted in the evolution of a new species with bigger brains, and also forced early humans to disperse out of East Africa."

Dr Shultz, from the Faculty of Life Sciences at The University of Manchester, added: "We found that around 1.9 million years ago a number of new species appeared, which we believe is directly related to new ecological conditions in the East African Rift valley, in particular the appearance of deep-freshwater lakes. Among these species was early Homo erectus with a brain 80% bigger than its predecessors."

The authors also found that after this massive jump, smaller steps in brain expansion in Africa were driven by regional aridity showing the complexity of the evolution of modern humans.

The major events when hominins migrated out of the Rift Valley appear to have happened during very wet times. When the basins were filled with water there would have been limited space, but with populations not only expanded, but would have been able to follow the Nile tributaries northwards.