Researchers announced today in the journal Lancet Oncology that they are well on the way to discovering why women with the faulty genes BRCA1 and BRCA2 develop breast and ovarian cancer rather than other cancers. 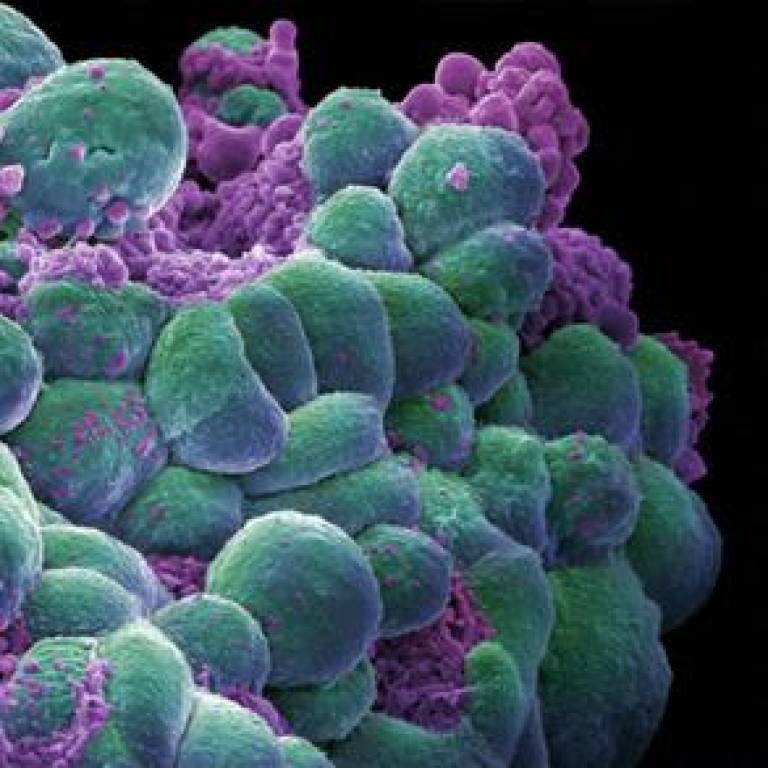 The study, carried out by researchers at the UCL Department of Women's Cancer, found that abnormal levels of female hormones in the bloodstream could be the answer. The findings have already led to more research into novel ways of preventing cancer in women at risk.

According to the results of the study, women with BRCA1 or BRCA2 mutations are exposed to different levels of the female hormones oestradiol and progesterone, which are already known to be risk-factors for breast and ovarian cancer.

The findings indicate that BRCA carriers have abnormal hormone regulation, possibly due to a mechanism linked to the altered BRCA genes in carriers' ovaries. It is also possible that BRCA gene alterations change the sensitivity of tissues to hormones. More research into these mechanisms is needed.

The study opens up a new window of opportunity to prevent breast and ovarian cancer in BRCA mutation carriers. The authors anticipate that following further lab work, an existing drug - currently used to treat osteoporosis - could be suitable for use in a clinical trial of breast cancer prevention in BRCA1/2 carriers.

Professor Martin Widschwendter, Head of the UCL Women's Cancer Department who led the research said: "We have shown for the first time that cancer risk in BRCA1 and BRCA2 carriers is not just caused by local defects in the ability of cells to repair themselves."

We have shown for the first time that cancer risk in BRCA1 and BRCA2 carriers is not just caused by local defects in the ability of cells to repair themselves.

He added: "An additional, systemic problem - abnormal levels of female hormones in the bloodstream and altered downstream effects - is the likely explanation as to why BRCA1/2 mutations carriers develop breast and ovarian cancer rather than other cancers."

In the study, researchers analysed 1966 uterus lining thickness measurements, taken using ultrasound scans. They compared 1573 measurements in women negative for both mutations with 203 measurements from carriers of BRCA1 and 190 with BRCA2.

Because the thickness of the uterus lining, or endometrium, is known to depend at least partly on the levels of female hormones, researchers then measured the concentration of these hormones in the participants' bloodstreams.

Not only did they find that carriers of BRCA1/2 did have higher concentrations of female hormones, they also found that differences in the levels of hormones correlated with the differences in the thickness of the endometrium in the second half of the menstrual cycle.

Based on these findings, research has already begun into how estrogens affect the Fallopian tubes, as this is where the majority of "ovarian" cancers in BRCA1/2 carriers actually start. The goal is to design drugs that might prevent the carcinogenic effect of high concentrations of estrogens in the Fallopian tube.

The other female hormone, progesterone, is known to trigger molecular changes in breast cells, specifically the production of the growth factor protein RANKL, which lead to cancer. Blocking and neutralizing RANKL by applying an antibody is an entire new concept to prevent breast cancer and will be tested in women with BCRCA1/2 mutations by Prof Widschwendter's team after further laboratory work.

Dr Adam Rosenthal, from Barts Cancer Institute and one of the study co-authors, said: "Many women with BRCA1 or BRCA2 mutations decide to have their breasts and ovaries removed because of their high-risk status. Clearly this is a drastic measure and there is an urgent need to develop less extreme approaches for cancer prevention in such women."

Helena Morrisey, chairman of The Eve Appeal is delighted with the news. "We are proud to have funded this research which is a fantastic step towards our ultimate goal of prevention of women's cancer.  We are hopeful that based on this study and future work funded by the Eve Appeal, women at high risk won't have to go through what Angelina Jolie went through."

The research was funded by The Eve Appeal with contributions from the European Union, Cancer Research UK and the US National Institutes of Health.