Post-mortem MRI: a viable alternative to an autopsy

Using magnetic resonance imaging (MRI) and blood tests to establish the cause of death in foetuses and newborn babies is virtually as accurate as a standard autopsy, according to a paper published in The Lancet. 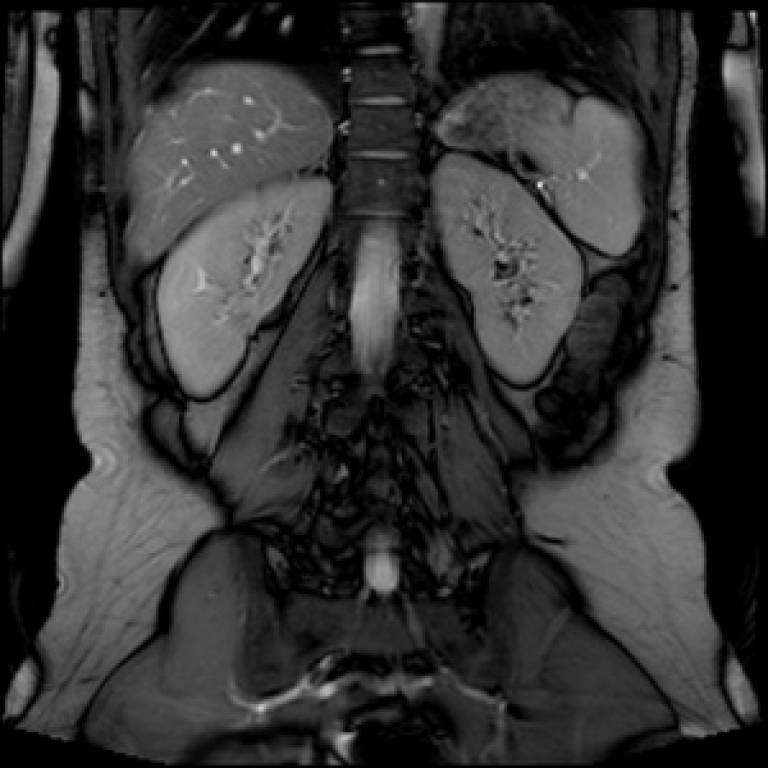 The study, led by Dr Sudhin Thayyil and Professor Andrew Taylor of UCL and Great Ormond Street Hospital, found that full-body MRI scans combined with non-invasive investigations were as effective as a standard autopsy in detecting major abnormalities that led to a young child's death. At a time of great distress, a minimally invasive autopsy could offer an acceptable alternative to a full autopsy for some families.

Autopsies can help to confirm the cause of death in a child and establish the risk of susceptibility in siblings and family members. However, consent rates for fetal and neonatal autopsies have declined in the UK, despite a greater number of parents being offered the option. Although post-mortem MRI is becoming more common in the UK, and is more acceptable to parents and next of kin, few large studies have explored its effectiveness compared to a conventional autopsy.

This study, funded by the Policy Research Programme, compared the accuracy of a standard autopsy (open dissection) with that of whole-body, post-mortem MRI with or without other minimally invasive methods. These included blood samples taken by needle, visual examination of the body and genetic and metabolic tests, but did not include tissue biopsies. Cause of death was determined in 400 cases of foetuses and children under 16 by conventional autopsy, MRI scans alone and MRI scans combined with other non-invasive tests (minimally invasive autopsy).

Minimally invasive autopsy could help more families and clinicians to understand the cause of a child's death and its implications for other family members, while minimising the distress caused to parents at such an upsetting time.

The results of a minimally invasive autopsy were found to match those of a standard autopsy in 357 (90%) cases, with the most accurate results for foetuses, newborns and infants. Imaging was less effective in determining the cause of or major factor in death in older children, largely because MRI was unable to detect signs of infection inside their bodies.

Dr Sudhin Thayyil, NIHR Clinician Scientist at the UCL Institute for Women's Health and Consultant Neonatologist at Great Ormond Street Hospital, says: "This study has important implications for the way child autopsies are likely to be done in the future. Concerns about falling autopsy rates have been raised since the 1970s; however, attempts to improve these rates have been largely unsuccessful. Minimally invasive autopsy could help more families and clinicians to understand the cause of a child's death and its implications for other family members, while minimising the distress caused to parents at such an upsetting time."

Professor Andrew Taylor, UCL Institute of Child Health, says: "Autopsies not only help us to establish the cause of death, but they often play an important role in advancing medical research and knowledge. If we can find ways to continue to carry them out using less invasive methods, such as post-mortem MRI, we can boost our understanding of the many ways in which the body can go wrong, with the hope of finding better ways to prevent, treat and cure life-threatening conditions in the future."