An avatar system that enables people with schizophrenia to control the voice of their hallucinations is being developed by researchers at UCL with support from the Wellcome Trust. 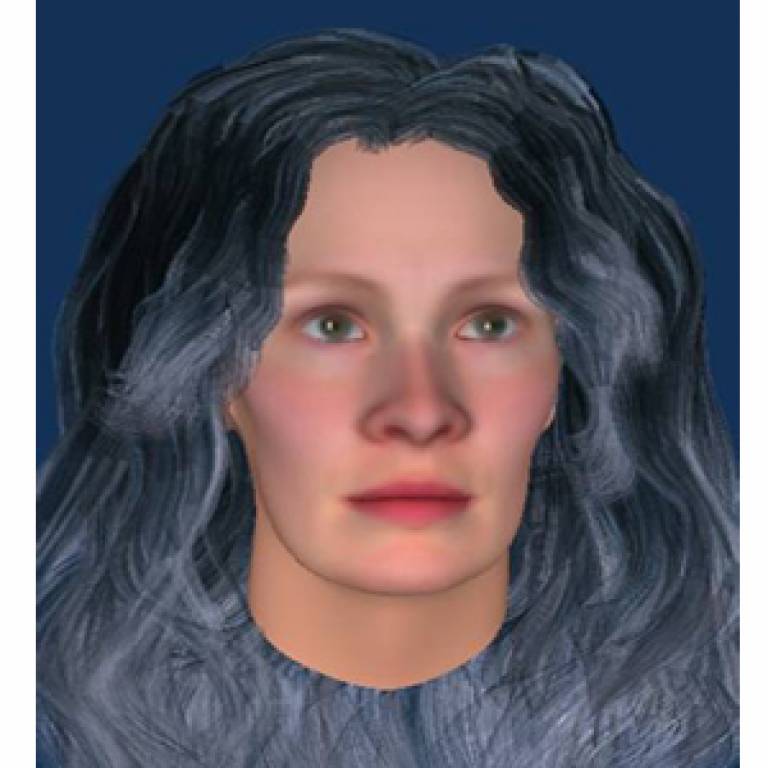 The computer-based system could provide quick and effective therapy that is far more successful than current pharmaceutical treatments, helping to reduce the frequency and severity of episodes of schizophrenia.

In an early pilot of this approach involving 16 patients and up to seven, 30 minute sessions of therapy, almost all of the patients reported an improvement in the frequency and severity of the voices that they hear. Three of the patients stopped hearing voices completely after experiencing 16, 13 and 3.5 years of auditory hallucinations, respectively. The avatar does not address the patients' delusions directly, but the study found that they do improve as an overall effect of the therapy.

The team has now received a £1.3 million Translation Award from the Wellcome Trust to refine the system and conduct a larger scale, randomised study to evaluate this novel approach to schizophrenia therapy which will be conducted at King's College London Institute of Psychiatry.

Even though patients interact with the avatar as though it was a real person, they know that it cannot harm them... As a result the therapy helps patients gain the confidence and courage to confront the avatar, and their persecutor.

The first stage in the therapy is for the patient to create a computer-based avatar, by choosing the face and voice of the entity they believe is talking to them. The system then synchronises the avatar's lips with its speech, enabling a therapist to speak to the patient through the avatar in real time. The therapist encourages the patient to oppose the voice and gradually teaches them to take control of their hallucinations.

Julian Leff, Emeritus Professor in UCL Mental Health Sciences, developed the therapy and is leading the project. He said: "Even though patients interact with the avatar as though it was a real person, because they have created it, they know that it cannot harm them, as opposed to the voices, which often threaten to kill or harm them and their family. As a result the therapy helps patients gain the confidence and courage to confront the avatar, and their persecutor.

"We record every therapy session on MP3 so that the patient essentially has a therapist in their pocket which they can listen to at any time when harassed by the voices. We've found that this helps them to recognise that the voices originate within their own mind and reinforces their control over the hallucinations.

The larger-scale study will begin enrolling the first patients in early July. The team are currently training the therapists and research staff to deliver the avatar therapy and finalising the study set-up. The first results of this larger study are expected towards the end of 2015.

Professor Thomas Craig of King's College London Institute of Psychiatry, who will lead the larger trial, said: "Auditory hallucinations are a very distressing experience that can be extremely difficult to treat successfully, blighting patients' lives for many years.  I am delighted to be leading the group that will carry out a rigorous randomised study of this intriguing new therapy with 142 people who have experienced distressing voices for many years.

"The beauty of the therapy is its simplicity and brevity. Most other psychological therapies for these conditions are costly and take many months to deliver. If we show that this treatment is effective, we expect it could be widely available in the UK within just a couple of years as the basic technology is well developed and many mental health professionals already have the basic therapy skills that are needed to deliver it."

Schizophrenia affects around 1 in 100 people worldwide, the most common symptoms being delusions (false beliefs) and auditory hallucinations (hearing voices). The illness often has a devastating effect, making it impossible to work and to sustain social relationships. Even with the most effective anti-psychotic medication, around one in four people with schizophrenia continue to suffer from persecutory auditory hallucinations, severely impairing their ability to concentrate.

Current guidelines from the National Institute for Health and Care Excellence (NICE) recommend that schizophrenia is treated using a combination of medication and talking therapies, such as cognitive behavioural therapy. However, fewer than one in ten patients with schizophrenia in the UK have access to this kind of psychological therapy.

Ted Bianco, Director of Technology Transfer and Acting Director of the Wellcome Trust, said: "At a time when many companies have become wary about investing in drug discovery for mental health, we are delighted to be able to facilitate the evaluation of an alternative approach to treatment based on the fusion of a talking therapy with computer-assisted 'training'.

"In addition to the attraction that the intervention is not reliant on development of a new medication, the approach has the benefit of being directly testable in patients. Should the results of the trial prove encouraging, we expect there may be further applications of the basic strategy worth exploring in other areas of mental health."

The Wellcome Trust has funded this project through its translational funding programme, which helps turn early-stage innovations into new health products by supporting researchers to advance the innovation to the point where it becomes attractive for further development by the medical industry or healthcare agencies.

Image caption: The therapist talks to the patient through a computer-generated avatar of the 'face' of their hallucinations.

For more information: People interested in finding out more about the new avatar trial should email AVATAR@kcl.ac.uk