UCL research team breakthrough in delivering drugs to the brain

Researchers at UCL have made a breakthrough in the way that drugs could be delivered to the brain. 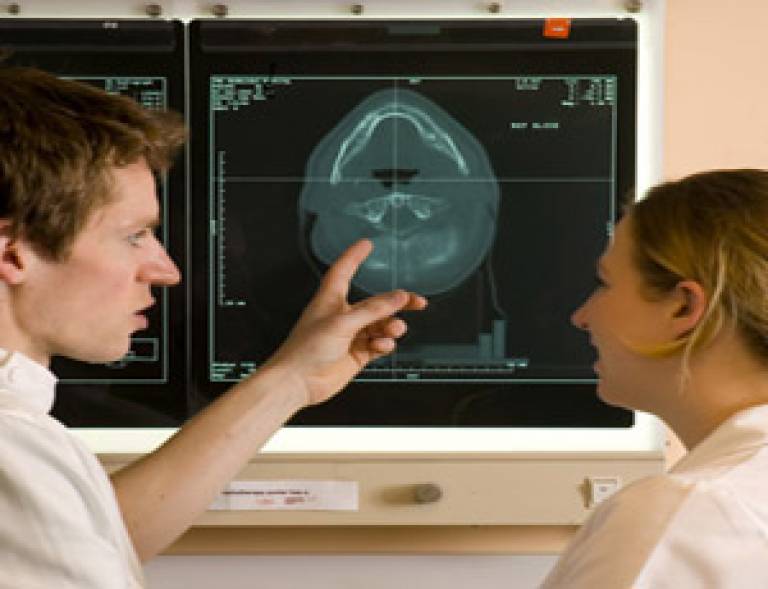 Ijeoma F. Uchegbu, Mariarosa Mazza, Andreas G. Schätzlein and their colleagues have tackled the difficult problem of constructing drugs which are able to pass through the blood-brain barrier - a mechanism which prevents many chemicals in the bloodstream from passing into the brain, including synthetic compounds administered as medication as well as harmful environmental toxins.

A new class of drugs - peptide drugs - are now at the forefront of tackling this problem, which, if solved, could revolutionise delivery of pain relief as well as offer hope in treating neurodegenerative diseases such as Alzheimer's and Parkinson's diseases. Enabling such drugs to cross the blood-brain barrier is key to revolutionising the treatment of these conditions.

Professor Uchegbu and her team's breakthrough has been to modify a pain-relief drug - Dalargin - to  successfully cross this barrier through attaching a group of lipids, or fat molecules, to enable its passage into the brain in mice in the form of a molecule known as a nanofibre.

To see if the nanofibers helped the drug reach the brain, the team at UCL injected two groups of mice with the drug: one were given the unmodified version, while the other were administered the drug in the form of a nanofibre. After scanning, it was found that the modified drug has successfully passed into the brains of the mice that had ingested it.

"This is really just the tip of the iceberg in the potential of this type of structure in terms of how we can deliver drugs to the brain," says Professor Uchegbu. "It could be expanded to a whole range of other peptide drugs, and we are looking in the future to focus on whether we can transfer the success of this research to other classes of drugs, such as enkephalins.