This week the spotlight is on Rob Eagle, Multimedia Producer, UCL Communications. 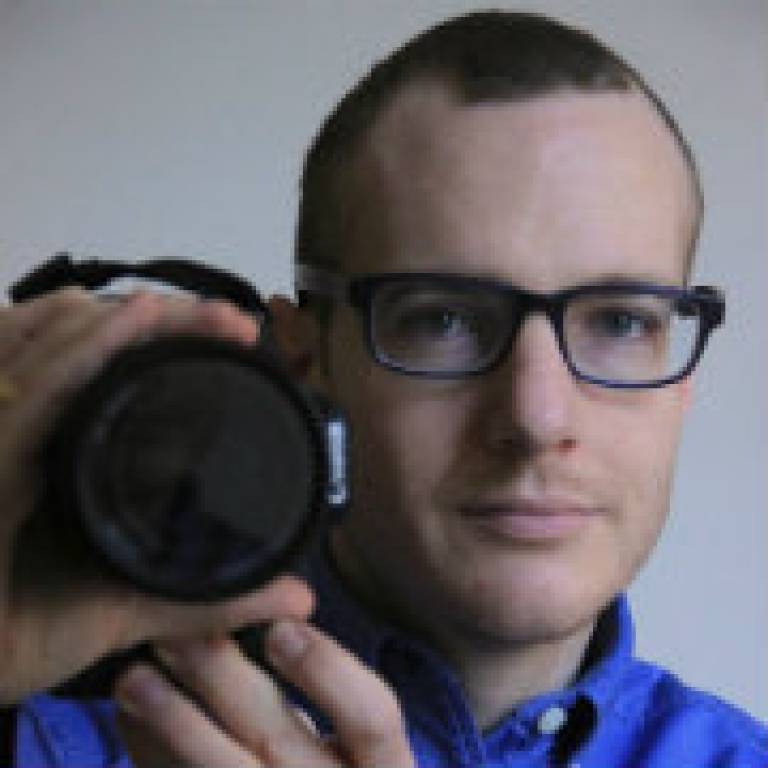 I am the multimedia producer in Communications. I help academics and students at UCL translate their work into multimedia.

I manage the UCLTV YouTube channel and contribute to our SoundCloud audio channel. I'm always looking for visually interesting stories for video or aurally rich stories for audio pieces.

At the moment, we're running a competition to record the sounds of UCL on our SoundCloud channel.

The deadline for submissions is 22 March, but we'll still accept submissions (outside of the competition) after the deadline. So if you hear something intriguing in your work at UCL, record it and send me the file. If it's good, we'll add it to our Soundscape set on SoundCloud.

I have been at UCL for four years. Just before I came here, I was commissioned by Current TV to make four short documentaries in picturesque locales from Aberdeenshire to Spain to Kazakhstan to a caravan park on the Isle of Sheppey.

Before that gig, I was freelancing as a researcher and Russian interpreter for TV. I worked on some shockingly bad documentaries for Discovery Channel, BBC3 and Channel Five, but, at least, took me to interesting places such as the mountains of Puerto Rico to film a man whose body could conduct amounts of electricity that would kill a 'normal' person.

Our YouTube channel has 1.2 million views and our SoundCloud profile has more than 170,000 followers - more than any other university in the world. I am very proud of the content we produce for these platforms.

I feel that we are leading innovation in the way that universities in the UK translate their work into multimedia and interactive formats. The multimedia I produce and the the websites that my colleagues in Communications create are changing the traditional, linear way of learning about a university's activities. We are trying to make UCL's work more interactive and interesting.

For example, the results of the Sounds of UCL competition will go on an interactive panoramic photomap of the UCL campus. You will be able to click on a building in the image and hear the sounds of the research or activities inside. I want people to hear and see just how dynamic work at UCL is.

I shoot and edit my own documentaries at the weekend and on the occasional day off. I'm currently submitting to film festivals a 20-minute documentary I shot on my last trip to southern Kazakhstan and I'm editing a 30-minute documentary that I've been filming with a social group of older gay men in south London.

I also sing in an a cappella Bulgarian folk ensemble, Veda Slovena. We rehearse at UCL, and we're currently recruiting female voices.

Other than that, I like to travel. I'm off to Cambodia and Vietnam next month for a much-needed break. I'm definitely taking my camera and audio recorder.