The Great Brain Experiment: crowdsourcing data on how we think and act

A new mobile app developed by UCL scientists at the Wellcome Trust Centre for Neuroimaging will enable the team to carry out on an unprecedented scale experiments that previously could only be conducted on small groups of volunteers in the lab. 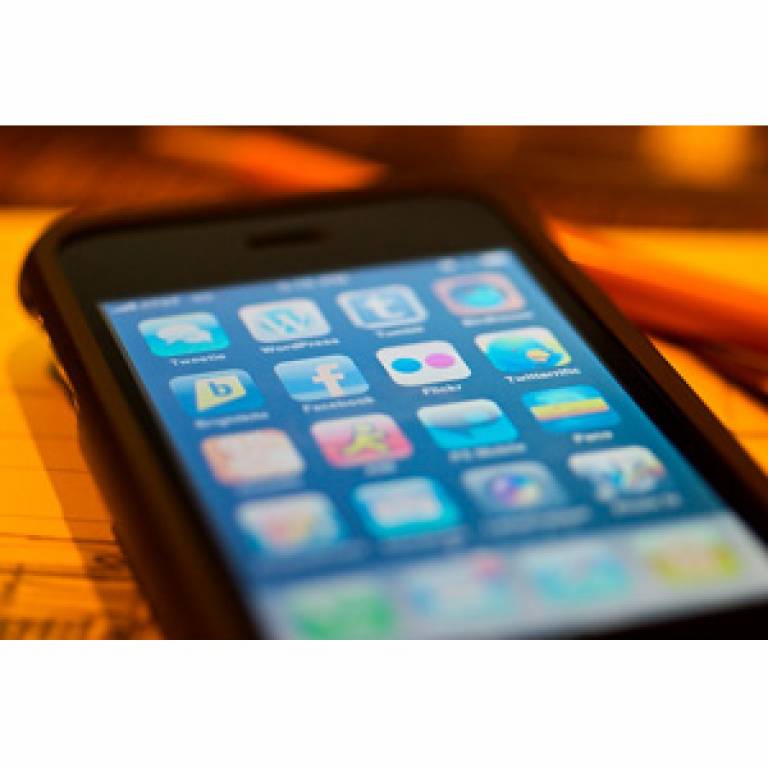 The Great Brain Experiment will look at memory, impulsivity, what makes us happy, and how well the mind's eye can see, enabling the researchers to explore questions that are normally impossible to ask.

The free app is being launched at the start of this year's Brain Awareness Week (11-17th March 2013) and is being supported by the Wellcome Trust.

Researchers at the Wellcome Trust Centre for Neuroimaging at UCL study the function of the brain. Typically, their experiments will involve a volunteer lying in a functional magnetic resonance imaging (fMRI) scanner - which measures levels of activity in the brain through changes in blood flow - whilst playing a computer game. However, the number of people that can take part in a study is relatively small and volunteers are usually university students.

This has the potential to be the largest neuroscience experiment ever conducted, marking a new development in citizen science and allowing us to ask some really interesting questions that have never before been possible to ask in neuroscience.

By developing an app that allows users to play these same games - presented in a fun and appealing way - the researchers hope to be able to ask questions on a much larger scale, getting a unique insight into how our brains work.

Harriet Brown, a PhD student at the Centre and one of the game's developers, explains: "Our app brings 'big data' to neuroscience, promising unprecedented insights into how the we think and act, and how people differ from each other.

Whilst the appearance and interactivity of the app is meant to be as appealing as possible, behind it lies serious science intended to provide data that will enable the research team to publish in a peer-reviewed journal. There are four games, each asking a question to explore a different facet of the brain: "How good is your memory?", "How impulsive are you?", "What makes you happy?" and "How much can you see?"

"How much can you see?" explores a phenomenon known as 'brain blink', our tendency not to see a second object when flashed up in rapid succession to a similar one. In the game, the user sees a succession of different images, each of which appears very briefly. In the middle might be two different images of cats; at the end, the user is asked to select the second cat out of a choice of four. The majority of people will not be able to answer correctly. Little is known about this phenomenon in the general population - how common is the ability to correctly distinguish between the images, are people better at day or at night, is there a difference in ability between young and old, male and female?

"How impulsive are you?" will allow the researchers to see how good we are at controlling ourselves. Can we rein ourselves in at the last minute, or does the response we were planning just comes out anyway? Most people will have experienced this in their day to day lives, such as eating the chocolate they were saving for later or making a tactless comment; at the extreme end of the spectrum are those people with clinical disorders, such as attention deficit hyperactivity disorder (ADHD). Impulsivity may also have a role in drug addiction.

Dr Rick Adams, also at the Centre, adds: "We wanted something that shows people what neuroscience is really about. It's not all brains in jars or men in white coats. It's actually interesting, complex and often very subtle questions. We hope that people enjoy our app, tell their friends and help us answer some genuinely interesting scientific questions along the way."

The Great Brain Experiment is available for free on the iPhone and Android smartphones. It has been jointly developed by Dr Rick Adams, Harriet Brown, Dr Fiona McNab, Dr Robb Rutledge, Peter Smittenaar and Peter Zeidman at the Wellcome Trust Centre for Neuroimaging at UCL, and programmed by Neil Millstone at White Bat Games.