Researchers from UCL have used specially designed software to digitise the Great Parchment book, a crucial historical text documenting the City of London's role in 17th century Ulster that was previously unreadable for over 200 years due to fire damage. 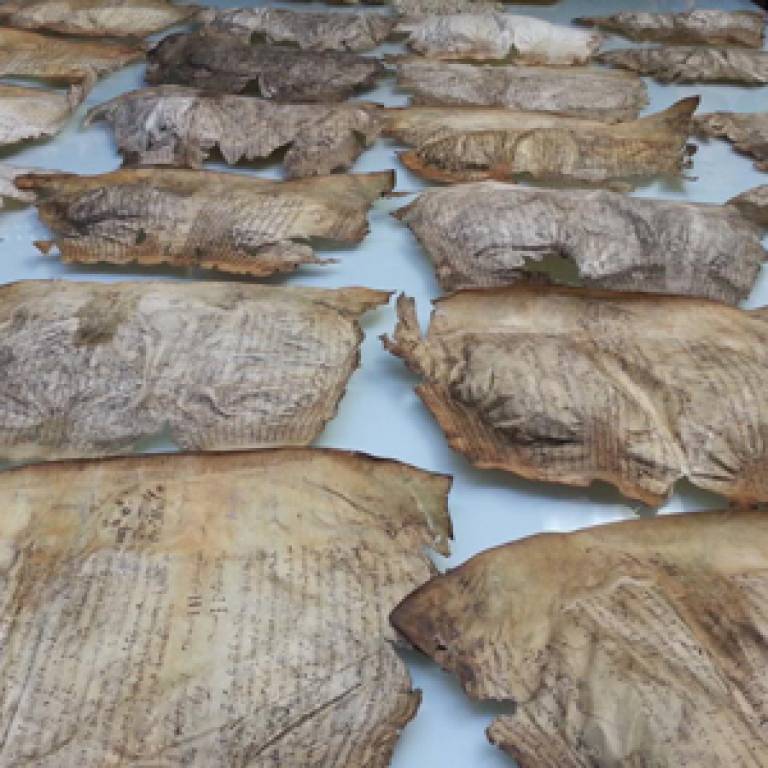 The UCL-designed software could help other researchers salvage other damaged materials, and help further develop approaches to digitising historical documents that are either highly distorted or fire-damaged.

A major survey from 1639 of all the estates in Derry managed by the City of London, the book represents a hugely important source for the City of London's role in the Protestant colonisation and administration of Ulster. Damaged as the result of a fire at Guildhall in 1786, it has been unavailable to researchers ever since.

Dr Melissa Terras, Director of the UCL Centre for Digital Humanities and co-supervisor on the project, said: "This year marks the 400th anniversary of the founding of The Honourable The Irish Society, and as part of the anniversary we've been working with the London Metropolitan Archives (LMA) to conserve, image, and read the damaged folios. Once completed, the published images and transcription will provide a lasting resource for historians, and the public, to better understand this fascinating part of Ulster's past."

A team from UCL Computer Science and UCL Centre for Digital Humanities, led by Dr Tim Weyrich, worked with LMA to capture 50 to 60 high resolution images of each page. Kazim Pal, a PhD student working on the project, then built software to generate a 3D model which allowed viewing of the damaged pages at archival resolution. A key feature of the software is to dynamically flatten these models virtually on screen, allowing the contents of the book to be accessed more easily and without further handling of the document.

Dr Weyrich said: "From the start, the project was a large collaborative undertaking in which the practical conservation of the Great Parchment Book was the essential first step, followed by the digital imaging work."

Dr Terras said: "This project is an example of how digital techniques can add to our understanding of our cultural heritage, and the use of such techniques is becoming ever more important in undertaking research in the humanities."

First Minister of Northern Ireland, the Rt Hon Peter D Robinson, said: "I cannot praise the work of the LMA & UCL highly enough.  In completing this mammoth project they have succeeded in opening a veritable treasure trove of information relating to a most significant period in the history of Ulster; and illustrating as never before the central role played by the London Guilds in the creation and preservation of the city of Londonderry and its environs."