UCL awarded £11.1m towards new Institute of Immunity and Transplantation 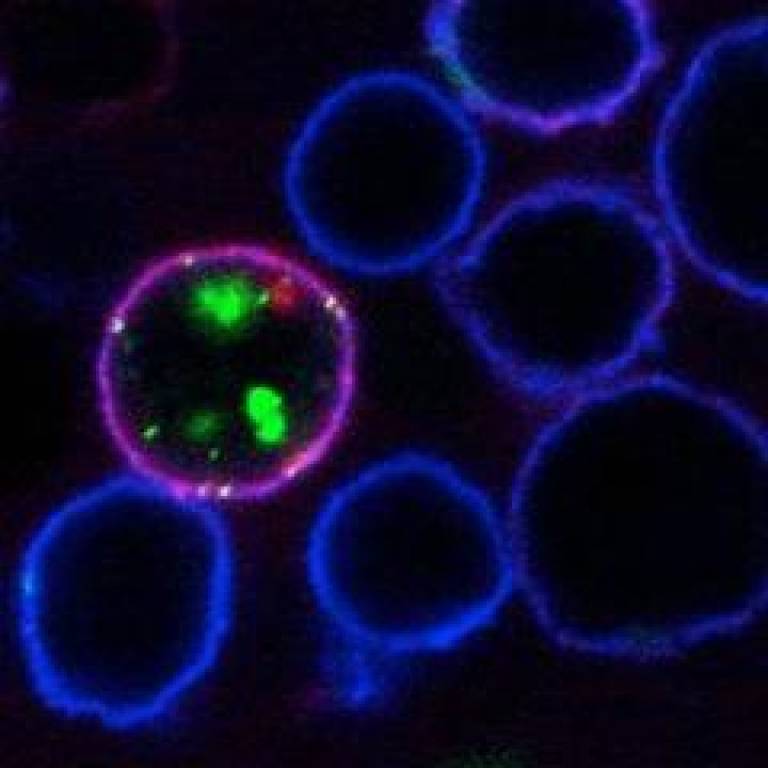 1 million from the UK Research Partnership Investment Fund (UKRPIF) towards the cost of the new UCL Institute for Immunity and Transplantation at the Royal Free Hospital in Hampstead.

The institute is a £33 million partnership between UCL and the Royal Free London NHS Foundation Trust, with the Royal Free Charity undertaking a £22 million fundraising campaign to provide the additional investment that is required.

The new research facilities will enable world-leading research and clinical trials to develop new treatments and patient therapies for a range of chronic diseases such as cancer, HIV and diabetes. The institute will also support collaboration with the Cell Therapy Catapult and industry partners to develop new forms of tissue, cell and gene therapy as commercial products.

UCL's award was announced by the Chancellor, George Osborne, today and is one of five new university and business partnerships receiving more than £290 million of public and private investment in research projects to drive innovation and growth.

This excellent project will not only deliver new knowledge and applications for industry, but will accelerate growth and foster innovation between the research base and business, keeping the UK ahead in the global race.

The projects will focus on physical sciences, medical research, advanced materials, pharmaceutical manufacturing and advanced manufacturing. They will tackle global challenges such as developing new treatments for cancer and ensuring advanced materials can cope under harsh conditions, including difficult-to-access oil and gas reservoirs.

This is the latest round of projects from the £300 million UK Research Partnership Investment Fund (UK RPIF), bringing the total number of winners to 20. Successful universities have secured at least double that amount of investment from businesses or charities, together delivering more than £1 billion of new funding for research.

The Chancellor of the Exchequer said: "The spending review is about making choices and, for me, science is a personal priority. By bringing together our Nobel Prize-winning scientists, our world-class companies and our entrepreneurial start-ups, we can drive innovation and create the economic dynamism Britain needs to win in the global race.

"We are making difficult decisions on things like welfare so that we can invest in areas like science. And today, I can announce five new projects through our £300 million UK Research Partnership Investment Fund - using public money to secure private investment so our world-class science also delivers jobs and growth."

Minister for Universities and Science David Willetts said: "The UK's world-class universities are at the forefront of our economic recovery. It's vital we do everything we can to encourage collaboration with the private sector and boost funding for research. These excellent projects will not only deliver new knowledge and applications for industry, but will accelerate growth and foster innovation between the research base and business, keeping the UK ahead in the global race.

"Our £300 million investment has secured more than £855 million from business and charities - a total investment of £1.15 billion. This is an extraordinary result, far exceeding the required private to public funding ratio of two to one."

The latest five projects to be announced, representing £72 million of public support and attracting £219 million of additional private investment, are:

UKRPIF is managed by the Higher Education Funding Council for England (HEFCE), in collaboration with the other UK higher education funding bodies, with proposals assessed by an independent assessment panel. It was first launched with £100 million of public finance in May 2012 and in response to the large number of high-quality bids, the government tripled the public support to £300 million in autumn 2012.

Sir Alan Langlands, Chief Executive of HEFCE, said: "These five projects highlight yet again the success that UK universities have in working with commercial partners and charities to raise funds and deliver vital initiatives to stimulate research in critical areas vital to the economy. In challenging times, the higher education sector consistently demonstrates its key role in delivering growth."

Image caption: Our immune system is normally responsible for fighting infections such as bacteria and viruses. However, the same system can attack our own bodies and cause diseases such as arthritis and diabetes, as well as cause rejection after transplantation. To prevent this, our bodies contain specialised regulatory cells. The image shows a regulatory T cell (pink and green) surrounded by other T cells (blue). Researchers at the UCL Institute of Immunity and Transplantation will investigate the possibility of harnessing the power of these cells to provide a range of new therapies for immune conditions.