Professor Peng Tee Khaw, Professor of Glaucoma and Ocular Healing and Consultant Ophthalmic Surgeon at Moorfields Eye Hospital and UCL Institute of Ophthalmology, has been knighted in the Queen's Birthday Honours for 2013. 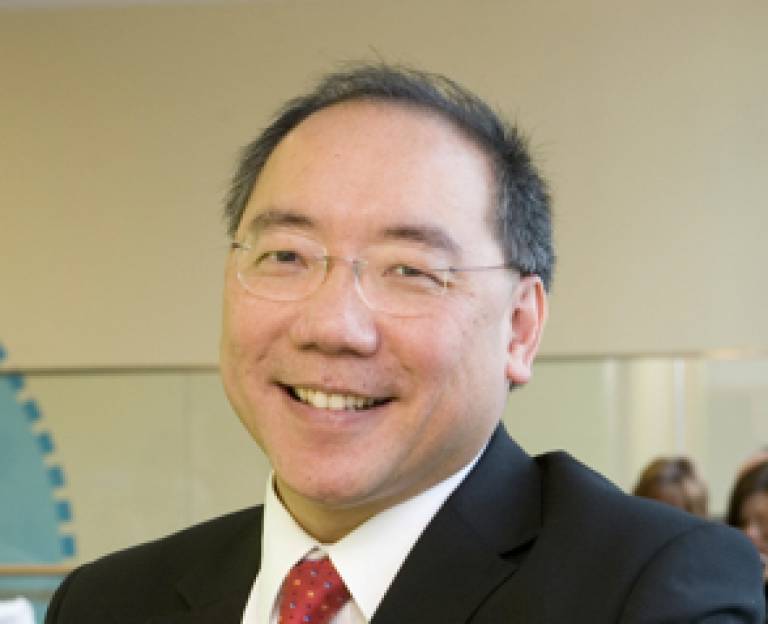 Professor Khaw's long track record of innovative research includes developing new therapies, particularly for scarring. He has developed surgical techniques (such as the Moorfields Safer Surgery System) which have markedly improved the safety and outcome of glaucoma surgery, and developed new anti-scarring regimens based on laboratory research, leading to large international clinical trials and use. These treatments and techniques have been successfully adapted for use in many parts of the developing world at minimal cost. He and his team have been awarded over 20 national and international prizes.

Professor Khaw is Director of the National Institute for Health Research Biomedical Research Centre in Ophthalmology at Moorfields Eye Hospital and UCL Institute of Ophthalmology, London. He is also Director of Research & Development at Moorfields Eye Hospital, which is the largest Eye Hospital in Europe/USA, and Director of the Eyes and Vision Theme of UCL Partners, one of the UK Academic Health Science Centres of excellence. Until May 2013, he was President of the Association for Research in Vision and Ophthalmology (ARVO), the world's largest eye and vision research organisation, the first UK-based President in its 85-year history.

Professor Khaw is married and has two daughters.

Professor Philip Luthert, Director of the UCL Institute of Ophthalmology, said: "It is an extraordinary experience to see an individual clinician-scientist act as a beacon for innovation and outstanding clinical care within a specialty. Professor Peng Khaw's dedication to improving treatment for patients has had a marked impact on the world of ophthalmology. Integrating fundamental science with improved surgical technique, Professor Khaw has transformed the management of patients worldwide. His leadership at UCL Institute of Ophthalmology and Moorfields Eye Hospital has inspired a generation of investigators. The lives of countless patients have been enhanced by his humanity, care and understanding.

Professor Khaw said: "I am very humbled to have been awarded this incredible honour. I feel I have received this on behalf of all my colleagues here at Moorfields, UCL and around the world with whom I have been privileged to work, and who transform the lives of so many people every day."

A full list of members of the UCL community included in the Queen's Birthday Honours will be published shortly.