Breastfeeding not only boosts children's chances of climbing the social ladder, but it also reduces the chances of downwards mobility, suggests a large study published online in the Archives of Disease in Childhood. 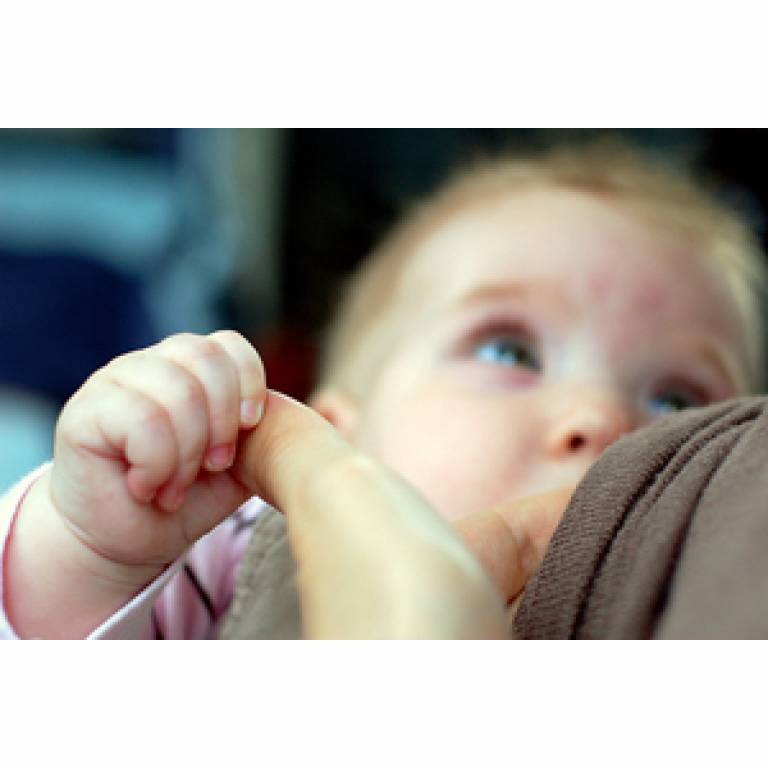 The findings, produced by ESRC-funded researchers in the International Centre for Lifecourse Studies in Society and Health at UCL, are based on changes in the social class of two groups of individuals born in 1958 (17,419 people) and in 1970 (16,771 people).

The researchers asked each of the children's mothers, when their child was five or seven years old, whether they had breastfed him/her.

Social class was categorised on a four-point scale ranging from unskilled/semi-skilled manual to professional/managerial.

This is the first large scale study to find that the benefits of breastfeeding extend beyond infancy and childhood into adulthood.

The research also took account of a wide range of other potentially influential factors, derived from regular follow-ups every few years. These included children's brain (cognitive) development and stress scores, which were assessed using validated tests at the ages of 10-11.

None the less, when background factors were accounted for, children who had been breastfed were consistently more likely to have climbed the social ladder than those who had not been breastfed. This was true of those born in both 1958 and 1970.

Intellect and stress accounted for around a third (36%) of the total impact of breastfeeding: breastfeeding enhances brain development, which boosts intellect, which in turn increases upwards social mobility. Breastfed children also showed fewer signs of stress.

The evidence suggests that breastfeeding confers a range of long-term health, developmental, and behavioural advantages to children, which persist into adulthood, say the authors.

They note that it is difficult to pinpoint which affords the greatest benefit to the child - the nutrients found in breast milk, or the skin to skin contact and associated bonding during breastfeeding.

"Perhaps the combination of physical contact and the most appropriate nutrients required for growth and brain development is implicated in the better neurocognitive and adult outcomes of breastfed infants," they suggest.

Lead author Professor Amanda Sacker, of the ESRC International Centre for Lifecourse Studies in Society and Health at UCL, says: "This is the first large scale study to find that the benefits of breastfeeding extend beyond infancy and childhood into adulthood. Independent of other biological, social and economic circumstances, those who were breastfed were about 1.25 times more likely to be upwardly mobile."

Image caption: A baby breastfeeding, by Fikirbaz on Flickr