The Trappings of Trade: Osterley House reveals its gems from the East

Stunning Japanese-lacquered chests, Gujarati fabrics and fine Chinese porcelain are some of the distinctive objects displayed in a new exhibition co-curated by UCL researchers, National Trust staff and volunteers at Osterley Park and House in west London. 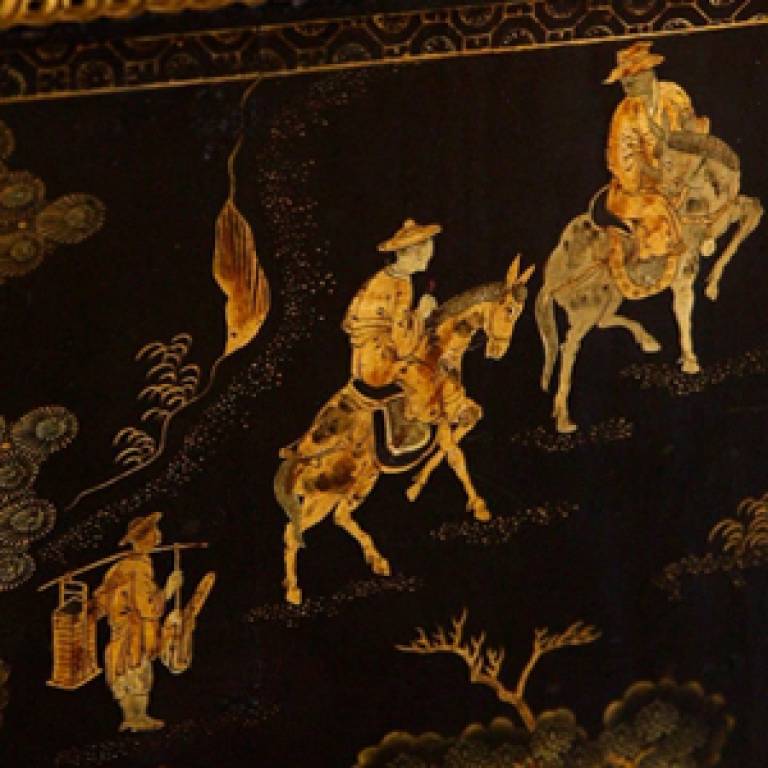 The exhibition will give visitors a valuable insight into the luxury objects brought from Asia by the East India Company in the eighteenth century, and how such goods shaped Georgian and Victorian tastes.  Until the early nineteenth century the East India Company enjoyed a monopoly on British trade with China, Japan and India, and through this monopoly asserted a decisive impact on elite domestic interiors.

Professor Margot Finn (UCL History), Principal Investigator and a co-curator of the exhibition, said: "Osterley is a wonderful National Trust property that is typically represented as a Robert Adams neo-classical home.  But when one opens its doors, one is immediately struck by the quantity and quality of Asian material goods dating from the 18th century."

Built in the sixteenth century, Osterley House was extensively remodelled between 1761 and 1780 by the Scottish architect Robert Adam.  The Child Family, which owned Osterley in this period, also played key governance roles in the East India Company. Having started out as goldsmiths, the family then turned to banking, subsequently lavishing a large portion of their wealth on Adam's neo-classical improvements, which can still be seen at Osterley today.

Claire Reed, Collections and Premises Manager at Osterley, said: "When you walk round the house you are surrounded by objects from Asia, from ivory junks, to porcelain parade jars. Today these objects are too often relegated to the background, but in the eighteenth century they would have been conspicuously present and emblematic of the family's power and wealth."

Dr Kate Smith (UCL History), research fellow on the project, said: "The Trappings of Trade seeks to illuminate the company's forgotten influences on Osterley's interiors. Hounslow is today a vibrantly global British community; so too in the eighteenth century was intimately connected to the peoples and trade of Asia."