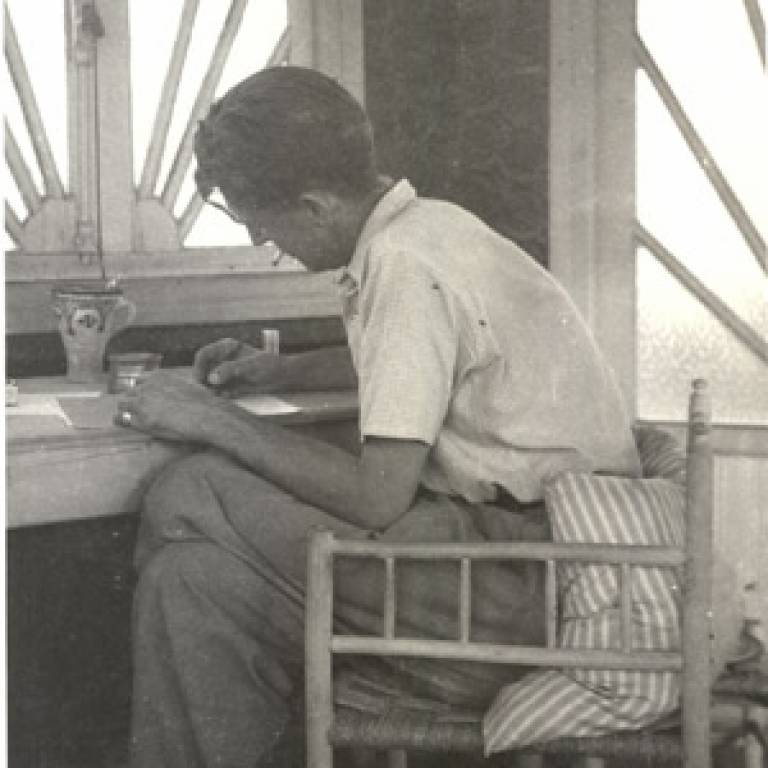 As the home of the George Orwell Archive, UCL Special Collections play an important role in the preservation of Orwell's work and legacy as the most comprehensive body of research material relating to the author anywhere in the world.

Containing manuscripts, notebooks and personal items of George Orwell, the material was presented in 1960 on permanent loan by his widow on behalf of the George Orwell Archive Trust.

The aim of the Trustees of the Archive was to make a research centre for Orwell studies, by bringing together all of Orwell's printed works, including newspaper items and private correspondence, which will help later generations to understand the controversies in which he was involved.

As part of the celebrations, the Collection - in collaboration with Penguin Books, the Orwell Estate and The Orwell Prize - aims to encourage the public to explore a series of publications, broadcasts and events over the coming weeks, supported by images from UCL Special Collections.

Born in 1903 in India as Eric Arthur Blair, under his pen name, Orwell wrote some of the defining literary texts of the 20th Century, including 1984 and Animal Farm. He died in London at University College Hospital on 21 January 1950.

Broadcasts and events include the Orwell Season on BBC Radio 4, which was started this week with Professor John Sutherland (UCL English Language & Literature) discussing the accuracy of Orwell's predictions.

As part of the celebrations, The Orwell Prize are also giving away one of his most famous essays, Politics and the English Language, for free online.