This week the spotlight is on Professor Stefaan Simons, Director of the UCL International Energy Policy Institute and BHP Billiton Chair of Energy Policy. 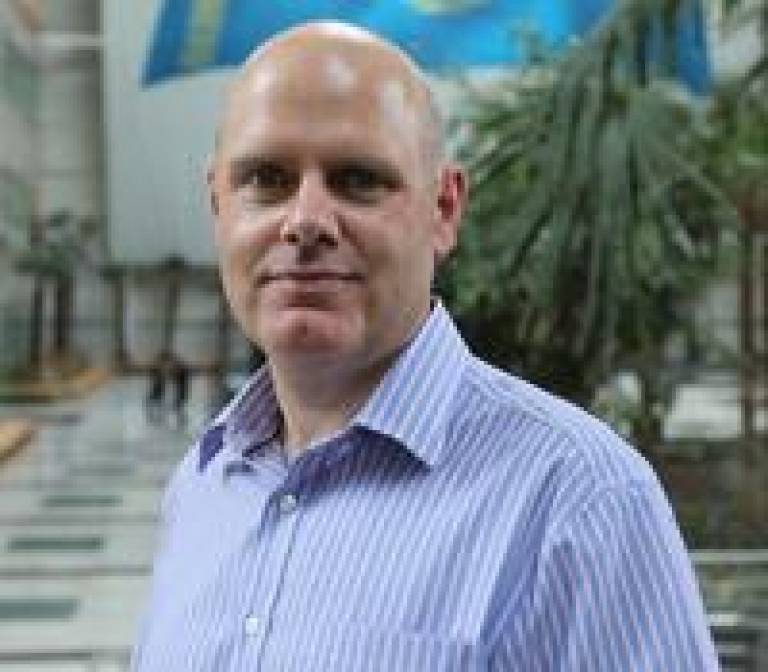 I am the inaugural director of UCL's new International Energy Policy Institute (IEPI), which is based at the UCL Australia campus in Adelaide. Funding to establish the institute has been donated by two major energy companies in Australia, Santos (oil and gas) and BHP Billiton (mining and energy resources), the latter being the sponsor of my Chair. My role is to develop the institute's strategic research programme, attract funding support for the programme and to recruit staff to conduct the research. Currently, I am on secondment from the UCL Department of Chemical Engineering.

A major objective of our research is to develop, whenever possible, collaborative projects with our colleagues back in London. UCL Australia is the flagship international campus for UCL and there are many good reasons for having the IEPI based there, not least because of the focus on the APEC region in regards to carbon emission reduction. Although we are on the other side of the world, we need to maximise the benefits of being part of a top global university, with all the experience and world-leading research that that entails. Our research themes cover aspects such as the impacts of climate policies on major energy user companies, community engagement in low carbon innovation and adding value to mineral and energy resources. Anyone interested in collaborating should contact me at stefaan.simons@ucl.ac.uk.

I joined the Department of Chemical Engineering at UCL in June 1993, so this is my twentieth year! I can't believe it has been that long - it has gone very quickly.

My previous roles have included being the founding Director of the Centre for CO2 Technology and the first UCL Special Advisor to the Vice Provost (International) on Kazakhstan. The latter role came about from my involvement with that country since 1994 in engineering education development, particularly in chemical engineering. This work is still ongoing.

My involvement with Kazakhstan and the International Office led to me being seconded to Nazarbayev University (NU), the institution in Kazakhstan of which UCL is a strategic partner, as founding Dean of the School of Engineering there. I began working on that project in 2009 and was based at NU from July 2011 to the end of August 2012.

Two things stand out. The establishment of the Centre for CO2 Technology back in 1998, which has become a thriving research centre and a successful model that UCL wants to build on - there are plans afoot to make the centre a College-wide initiative. Again, those interested can contact me.

The second major achievement I am proud of is establishing the School of Engineering at NU. I arrived in Astana on 18 July with just a Chief Operating Officer and a Senior Administrator and opened the School to 120 students six weeks later, with a progressive integrated 'engineering systems' degree programme. I hope this has been, in part, the inspiration for the current plans to establish such a programme at UCL.

I am passionate about nature and wildlife, a passion I share with my wife, Jane. We spend as much time as possible hiking and bird-watching and I am an active member of the West Kent Badger Group, doing my bit to help protect this popular, but much maligned, creature. The current debacle over bovine TB is a good example of poor policy making ignoring sound science. There are plenty of examples in energy policy, too.

I have another strong passion - Crystal Palace FC, who I have supported since a schoolboy. Enough said, I think.