Chipping away at the history of plaster in sculpture and medicine

A new exhibition about plaster and the casting process, highlighting the sculpture models of the neo-classical artist John Flaxman (1755-1826), starts at the UCL Art Museum this month. 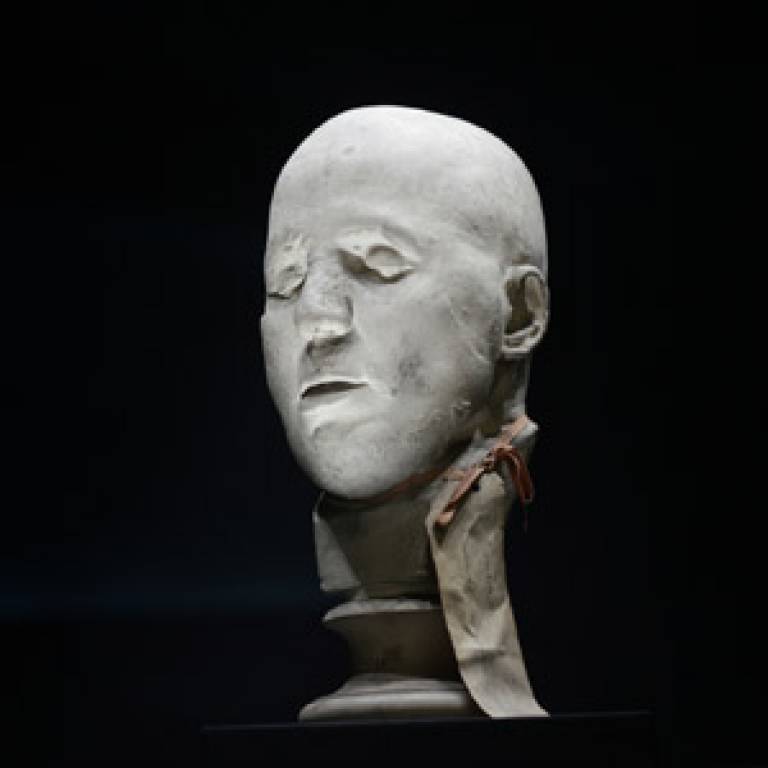 Shown alongside Flaxman's art will be more unusual applications of plaster pulled from UCL's stored collections, including Victorian death masks used for the early study of eugenics and casts of human pathological specimens, including the cast of a seven year old's leg with rickets from the Great Ormond Street Hospital Collection. Many of these macabre objects highlight the efficiency of plaster and its unique ability to capture fleeting moments in time.

A pioneer during an age of industrialism, Flaxman was the first British sculptor to use the technique as a consistent part of his working practice, revealing early-on the material's extraordinary versatility.

Displays offer a rare glimpse of Flaxman's methods by showing preliminary drawings, the back of models, and other studio work demonstrating the artist's inventive use of plaster throughout all stages of design.

Examples include a model for a memorial to Georgiana, Countess Spencer, with the artist's handprints smeared into and permanently set within the soft plaster at the back. Small-scale scenes of angels and mourning figures, all details for funerary memorials made later in marble, show Flaxman working out his compositions whilst striving to reduce detail to a bare minimum.

The exhibition also coincides with the launch of UCL's new Octagon Gallery, and the reopening of the Flaxman Gallery with its new display of Flaxman's full-sized plaster St Michael Overcoming Satan.

Plastered is at the UCL Art Museum, and runs from 21 January to 19 April 2013. The Museum is open to the public 1-5pm, Monday to Friday. Admission is free and there is no need to book.