This week the spotlight is on Mark Shuttleworth, Senior Lecturer in the School of European Languages, Culture and Society What is your role and what does it involve? Although I originally trained as a Slavist one of the main current focuses of my teaching expertise is the use of technology in translation, and I am shortly going to be teaching this at UCL. 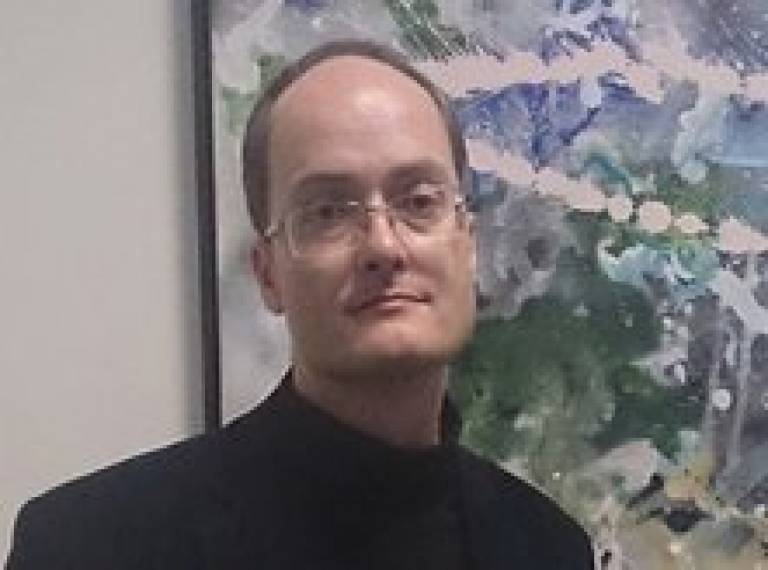 Of course, everyone uses Google Translate these days and it has become in many ways an indispensable research tool. Be that as it may, the main technology employed by translators is usually a different one, known as translation memory.

This involves the use of a database to provide the translator with examples of similar material that has been translated previously, and that may therefore be helpful during an on-going translation task - and it does this either automatically, sentence by sentence, or more creatively on the basis of concordance searches.

However, it is interesting to see how this approach is gradually converging with machine translation - including the use of systems such as Google Translate for professional purposes - with the translator's role in many cases slowly including more and more post-editing of MT output and less and less actual translation.
This is a reality that of course needs to be built into our teaching programmes.

Recently, my other main area of teaching expertise has been the theory of translation, and more specifically the interface between translation theory, linguistics and translation practice. I am also enjoying getting involved in a number of other projects within SELCS.

My main area of research is metaphor in translation, and in particular how metaphorical language in the popular science journal Scientific American is translated into French, German, Italian, Russian and Polish. Translation studies and metaphor research are two disciplines that have quite a lot to teach each other and I am interested in exploring possible synergies.

Another project that looms increasingly large is a new edition of the Dictionary of Translation Studies, of which I was the main author when it first appeared in the late 1990s. I am also active in the field of translation technology and last month held a workshop on the topic at the 35th Translating and the Computer conference here in London.

As well as being involved in my own research I have six PhD students, all working on topics in some way connected with translation: metaphor and other figures of speech in translation, the English translations of Eugene Onegin, crowdsourced translation and translation memory systems.

Setting up two highly successful Masters programmes, and running and teaching on them for a total of sixteen years. These are the MA in Applied Translation Studies at Leeds, of which I was one of the Programme Directors from 1996 to 2000, and the Imperial MSc that I mentioned above, of which I was Course Leader from 2000 to 2012.

The Leeds MA was a relatively early addition to the Translation Studies scene in the UK, and the first on which translation technology, and specifically the use of translation memory systems, was taught. The Imperial College MSc was one of the main translator training programmes in the UK, and continues to be so following its move to UCL.

There must by now be in excess of 400 former students of these two courses who have passed through my hands and I keep in touch with quite a number of them.

At the beginning of December I was lucky enough to travel to Tunisia in order to represent UCL in the Department of English of the Gafsa Higher Institute of Applied Studies for Humanities (part of the University of Gafsa), where I was invited to teach a crash course in translation technology.

I was greatly excited at the opportunity of using the knowledge that I have built up to help members of a society that has recently passed through very serious political upheavals.

On a personal level I was delighted to be able to develop contacts with an institution in a part of the world that I rarely visit and of which I know very little. Gafsa itself is a city of some 350,000 inhabitants located just sixty miles north of the Sahara Desert and is in fact the city where the Arab Spring first got underway.

Tunisian society is still experiencing a high degree of turmoil from these recent events. Left somewhat bewildered following the revolution that took place a mere three years ago and suffering from severe economic hardship, many Tunisians are left longing for the certainties and relative comfort and security of the past.

There is, however, hope for the future, and particularly for the outcome of the forthcoming elections. The MA students whom I taught will be sharing in the opportunity of building this future, which they hope will see a new social and economic reality emerging in their country.

The Tunisians were very friendly and welcoming and my students were extremely interested in the material that I shared with them, all of which was entirely new to them.

Translation Studies is not widely taught in the country at the moment, with only a couple of universities in Tunis offering programmes in the discipline. I am hoping that my visit will lead to some kind of on-going collaboration between our two institutions.

I had been told to expect a very pleasant climate, particularly during the date harvest, which was in full swing during my visit. What I was not anticipating, though, was a sudden cold snap that left me wearing almost every garment that I'd brought with me and made me able to see my breath - and that was inside the hotel!

Films: Stalker, Cinema Paradiso, Withnail and I and Love and Death.

Novels: The Lord of the Rings or, when I'm feeling in an escapist mood, anything by P. G. Wodehouse.

It's difficult to say. These days I think we're all thinking less and less in terms of jokes and more and more in terms of Youtube clips and other material circulated over the internet.

The letter of complaint someone wrote to Richard Branson about the quality of the in-flight meals on his airline would come pretty close to the top, but then again there's the staged conversation between two chatbots that leads to the conclusion that Skynet, if it ever eventually emerges, will be a moron.

Iris Murdoch, Carl Jung, Steve Jobs, Audrey Hepburn, Alexander Pushkin and Hildegard of Bingen - or would be, if any of them were still alive.

Read more and play less, and plan for many future pleasures.

I play - or played - the clarinet up to grade eight standard.

Florence, particularly the view of the Duomo from just about any angle.