Half of all UK seven-year-olds not getting enough exercise

Half of all UK seven-year-olds are sedentary for between six and seven waking hours per day and half are not doing the recommended daily minimum of one hour of moderate to vigorous physical activity, according to the latest findings from the Millennium Cohort Study. 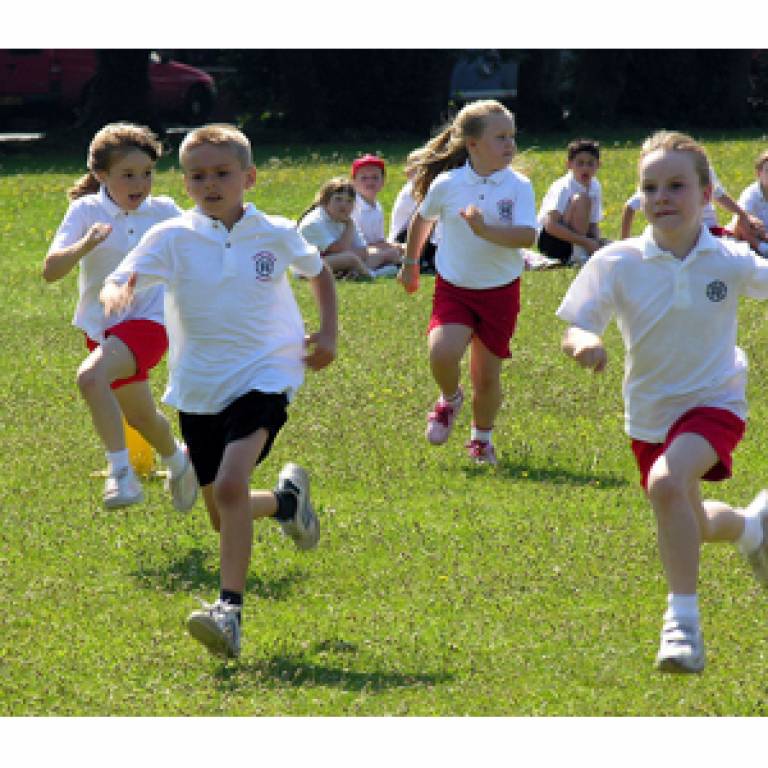 The research, led by academics at UCL and published in the journal BMJ Open, shows that girls, children of Indian ethnic origin and those living in Northern Ireland are least active.

The authors base their findings on a representative population sample of almost 7,000 UK primary school children who are all part of the Millennium Cohort Study.

The duration and intensity of children's daily physical activity levels were captured for a full week between May 2008 and August 2009, using a device called an accelerometer, worn on an elasticated belt. The children only took this off when they bathed or went to bed.

UK guidelines on physical activity levels across the life course were revised in 2011. These recommend that children engage in moderate to vigorous physical activity for at least one hour every day and that they spend less time sitting down - although no maximum duration has been specified for this.

What we need to see is a positive attitude to offering choice (of physical activity), diversity of opportunity, and inclusiveness for all children - especially girls.

The analysis showed that on average, across the entire sample, children achieved 60 minutes of moderate to vigorous physical activity every day and that they took an average of 10,299 steps.

But the accelerometer readings also showed that half the children were sedentary for six hours or more every day and that half of them didn't achieve the daily recommended minimum level of exercise.

Girls fared worse than boys in terms of of total physical activity, moderate to vigorous physical activity and in the number of steps they took each day. They were also more sedentary and less likely to meet the minimum daily exercise recommendations than the boys. Just 38% of girls achieved this, compared with almost two thirds of boys (63%).

"We don't have any biological explanation for the different levels of activity in boys and girls," says Carol Dezateux, Professor of Paediatric Epidemiology at the UCL Institute of Child Health and senior author on the study. "At this age, there aren't significant differences in how children are put together physically, so we have to look at opportunity and social expectation.

"What we need to see is a positive attitude to offering choice, diversity of opportunity, a wide range of activities and inclusiveness for all children - especially girls."

Children of Indian ethnic origin spent least time engaged in moderate to vigorous exercise and took fewest steps each day, while only one in three (33%) of children of Bangladeshi origin met the recommendations.

Among the four UK countries, children in Northern Ireland were least active with just 43% managing 60 minutes of moderate to vigorous physical activity every day, while children in Scotland (52.5%) were most likely to achieve the minimum daily recommended duration of more intense activity.

Around 52% of English children managed 60 minutes each day but there were some regional differences, with children living in the North West (58%) most likely and those in the Midlands (46%) the least likely to meet the guidelines.

In an accompanying podcast, senior author Professor Carol Dezateux describes the gender differences in exercise levels as "striking" and calls for policies to promote more exercise in girls including ball games, playground games and dancing.

The authors refer back to the promise of the London 2012 Olympic Games, which was to inspire a generation to take part in sport.

"The results of our study provide a useful baseline and strongly suggest that contemporary UK children are insufficiently active, implying that effort is needed to boost (physical activity) among young people to the level appropriate for good health," they write.

This is likely to require population-wide interventions, they say, including policies to make it easier for children to walk to school, in a bid to increase physical activity and curb the amount of time that they are sedentary.