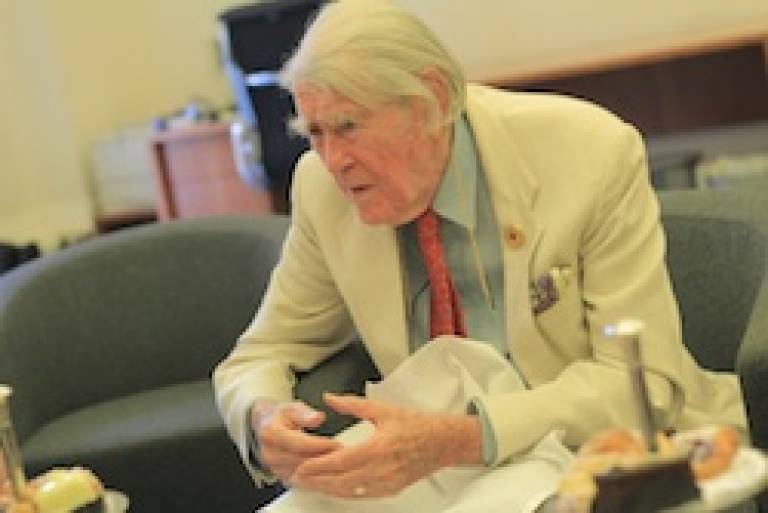 Captain Roberts graduated from UCL in German and French in 1941, when the department was evacuated from Gower Street to Aberystwyth. He was recruited as part of the Second World War effort to Bletchley Park, where he quickly became a leading figure as a senior codebreaker and one of four founding members assigned to breaking Hitler's most secret code, Tunny/Fish, which is credited with shortening the War by at least two years.

The breaking of Tunny provided critical information for the Allies at the decisive Battle of Kursk on the Eastern Front, and for the D-Day landings. Information about the contribution of the Tunny codebreakers to the war effort was classified up until the 1990s.

Born in 1920, Captain Roberts is the sole survivor of the original 'Testery' group of cryptographers who deciphered messages from German High Command and Hitler himself during WWII.