Dr Katharine Giles was tragically killed in a cycling accident on Monday 8 April. 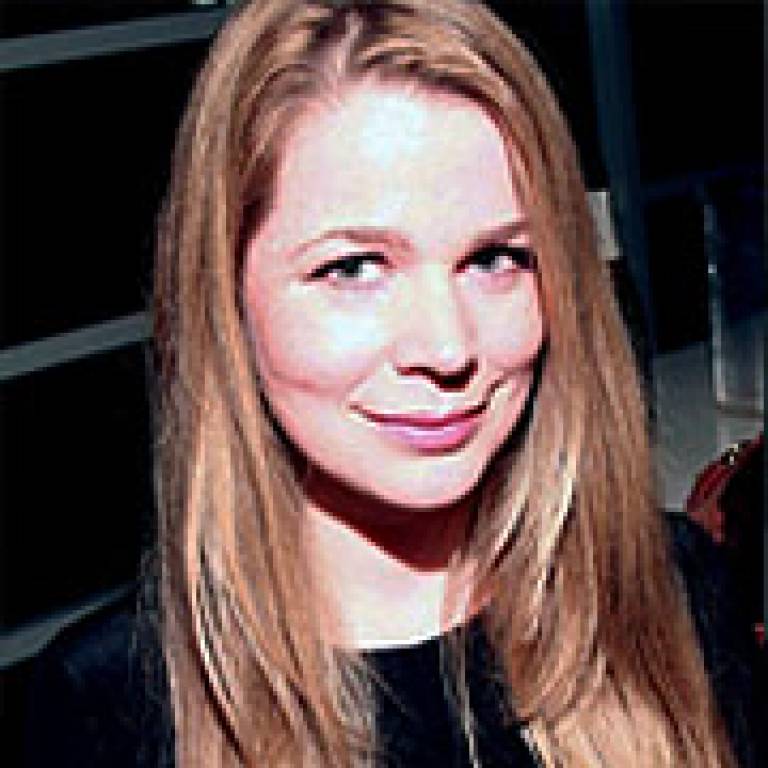 It is with great sadness that we report that our talented friend and colleague, Dr Katharine Giles, died in a road traffic accident while cycling to work on the morning of Monday 8 April.

Coming so soon after the accidental death of Katharine's own closest colleague, Professor Seymour Laxon, we are all left with a sense of the outrageous unfairness with which some of our best colleagues have been taken from us. Katharine had a bright future ahead of her. She graduated with a first class degree in Earth and Space Sciences from UCL, studied under Seymour for her PhD, and went on to forge her own career as a Research Fellow and most recently as a University Lecturer.

After it had become clear that sea ice freeboard could be determined from satellite altimetry, Katharine performed some of the first ground-based experiments to show how the same observations could be accurately related to sea ice thickness.This led her to undertake field campaigns to characterise radar penetration into sea ice, both in the Arctic and the Antarctic, and to identify that, in 2007, sea ice thinning accompanied the then record Arctic sea ice minimum extent.

Katharine was the first person to appreciate that altimeter observations between sea ice floes were more than just a stepping stone to measuring sea ice thickness: she demonstrated that they could also show how winds affected the newly-exposed Arctic Ocean.  It was with these ideas that Katharine was awarded a personal Fellowship from NERC, and with which she solved a series of problems in polar oceanography. This included her first paper in Nature Geoscience last year, in which she demonstrated that an accumulation of freshwater in the Arctic Ocean was due to wind-driven intensification of the Beaufort Gyre.

Katharine had recently been awarded a Lectureship at UCL on the basis of these achievements. We greatly admired the bravery and sense of purpose with which she took on the many commitments in the Centre for Polar Observation and Modelling following Seymour's death, and it was clear that she was ready to provide the next generation of leadership in that field. This makes it all the more difficult for us to accept that Katharine won't now have the opportunity to reach the heights she was sure to have achieved.