Videos on UCLTV, the university's official YouTube channel, have now received more than one million views. 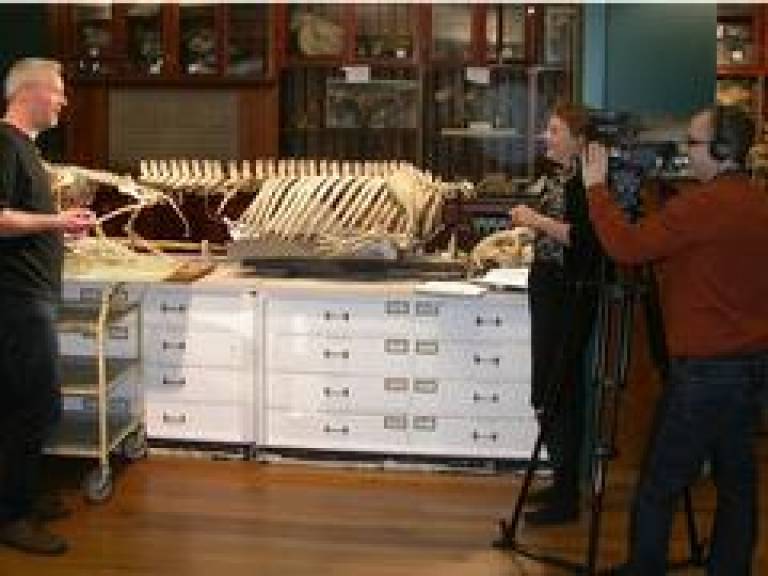 Since its creation in 2009, over 250 videos have been uploaded to the channel, with some of the most popular including a dinosaur discovered by a UCL researcher, and a scarily accurate mini-lecture from 2010 about what a hung parliament in the upcoming election would mean.

Multimedia producer Rob Eagle (UCL Communications) explained: "Since we started uploading videos in 2009, we have quickly become one of the most viewed educational YouTube channels in the UK.

"YouTube allows us to share UCL's world-class research, public events, exhibitions and teaching and learning with the world. The majority of our viewers are from outside the UK, mainly in America, Europe, India and Australia.

"It is not just the number of views that counts. Sometimes how videos are used elsewhere is more the marker of its success. We have had our videos featured in Al-Jazeera newscasts, streamed on the Guardian and BBC News homepages and used by the government to promote UK higher education around the world."

All of UCLTV's videos, including the latest post following students researching poverty reduction in Ethiopia, can be found here.