This week the spotlight is on Professor Gesine Manuwald, UCL Greek and Latin. 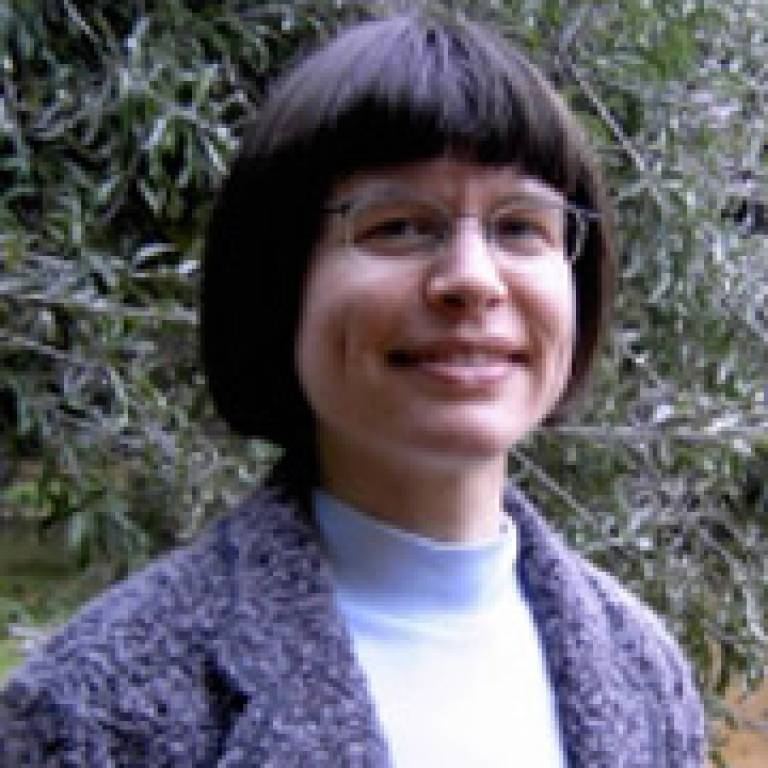 I am a Professor of Latin in the Department of Greek and Latin and about to become Head of Department.

As any other Head of Department, I will then be responsible for running the department and for representing it within the university and beyond. As Professor of Latin, my time is divided between research, teaching, administration and outreach.

In terms of research I work on various aspects of the literature of the ancient Romans, particularly drama, epic, oratory and the reception of Roman literature in later periods, especially in Neo-Latin poetry.

This combination of areas allows me to focus on core themes of Latin literature and also gives me a bit of variety in my projects.

This week, besides preparations for the new academic year, I have been putting the finishing touches to a study of the reception of the emperor Nero in early modern operas, spoken to a group of German Classics students at Oxford, advised a TV company for an upcoming programme about ancient theatre on the BBC and attended a meeting in preparation for a Classics Fair for state school pupils later this year.

This was a particularly eventful week, I have to admit; but this shows that the job of a professor can include a variety of tasks!

I joined the Department of Greek and Latin at UCL in 2007.

Most of my education took place in Germany, but I spent a year as an affiliate student at UCL when I was an undergraduate: so I knew what to expect when I returned, now as a member of staff.

Before coming to UCL, research fellowships had brought me to Oxford and Princeton from my alma mater in Freiburg (southern Germany). There, I did my first degree in Classics and English, then a PhD on Latin epic and later a Habilitation (a second book) on Roman drama, which was followed by various research positions.

The attitude to what one has achieved constantly changes. Generally, I have been fortunate in that I have had the chance to work on a number of texts and authors from the ancient world that interest me and have had the satisfaction to see that my work has been helpful to others.

Aside from the strictly academic work, including both research and teaching one's own students, I feel that it is important, especially for a subject like Classics, to engage with people outside academia.

Personally, I was very pleased with my inaugural lecture last year, following my promotion to professor: it was a really nice event, for which my parents and my sister had made the effort to come over from Germany and which was attended by a number of colleagues and students.

Since, like most academics, I spend lot of time at a desk, I like to get out and do some exercise when I am not working: for instance, I enjoy walking, cycling and swimming. Also, I try to make the most of being in London: I visit a number of exhibitions and go to the theatre and the opera.

With a subject like Classics, however, it is hard to escape work-related elements completely: there are so many works of art based on classical myth as well as performances of ancient plays, such as that of Sophocles' Antigone at the National Theatre earlier this summer.

At the same time this is what makes being a Classicist so exciting: there are so many pleasant ways of working and you get to see connections everywhere!