Trying to keep an image we've just seen in memory can leave us blind to things we are 'looking' at, according to the results of a study by researchers at the Institute of Cognitive Neuroscience. 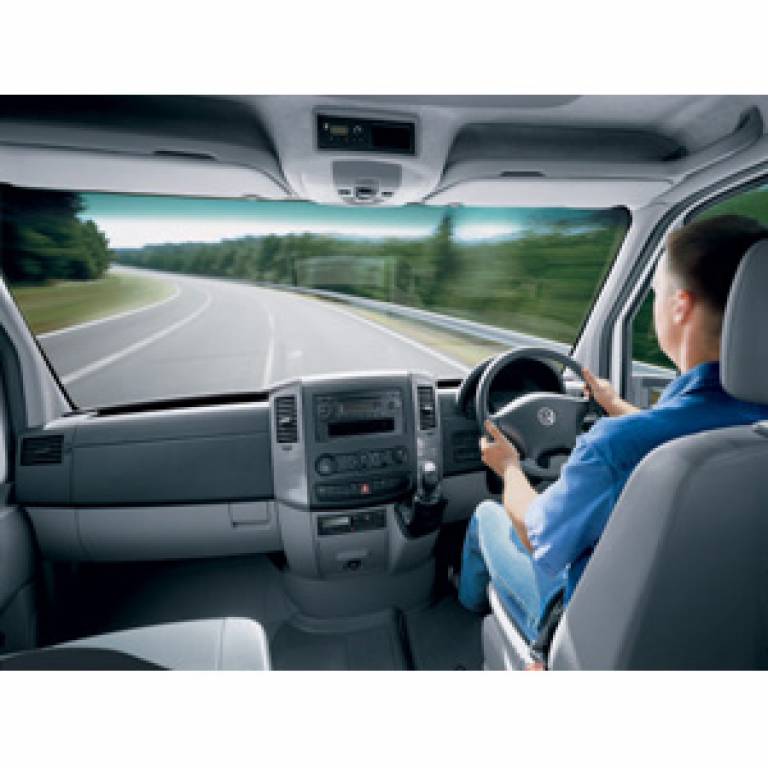 It's been known for some time that when our brains are focused on a task, we can fail to see other things that are in plain sight. This phenomenon, known as 'inattentional blindness', is exemplified by the famous 'invisible gorilla' experiment where people concentrate on a video of players throwing around a basketball and try to count the number of times the ball is thrown, but fail to observe a man in a gorilla suit walk across the centre of the screen.

The new results reveal that our visual field does not need to be cluttered with other objects to cause this 'blindness' and that focusing on remembering something we have just seen is enough to make us unaware of things that happen around us.

"An example of where this is relevant in the real world is when people are following directions on a Sat Nav whilst driving," explains Professor Nilli Lavie from UCL Institute of Cognitive Neuroscience, who led the study. "Our research would suggest that focusing on remembering the directions we've just seen on the screen means that we're more likely to fail to observe other hazards around us on the road, for example an approaching motorbike or a pedestrian on a crossing, even though we may be 'looking' at where we're going."

Participants in the study were given a visual memory task to complete whilst the researchers looked at the activity in their brains using functional magnetic resonance imaging (fMRI).

The 'blindness' seems to be caused by a breakdown in visual messages getting to the brain at the earliest stage in the pathway of information flow, which means that whilst the eyes 'see' the object, the brain does not.

The findings revealed that whilst the participants were occupied with remembering an image they had just been shown, they failed to notice a flash of light that they were asked to detect, even though there was nothing else in their visual field at the time.

The participants could easily detect the flash of light when their mind was not loaded, suggesting that they had established a "load induced blindness". At the same time, the team observed that there was reduced activity in the area of the brain that processes incoming visual information - the primary visual cortex.

Professor Lavie adds: "The 'blindness' seems to be caused by a breakdown in visual messages getting to the brain at the earliest stage in the pathway of information flow, which means that whilst the eyes 'see' the object, the brain does not."

The idea that there is competition in the brain for limited information processing power is known as load theory and was first proposed by Professor Lavie more than a decade ago. The theory explains why the brain fails to detect even conspicuous events in the visual field, like the man in a gorilla suit, when attention is focused on a task that involves a high level of information load.

The research reveals a pathway of competition in the brain between new visual information and our short term visual memory that was not appreciated before. In other words, the act of remembering something we've seen that isn't currently in our field of vision means that we don't see what we're looking at.

The study was funded by the Wellcome Trust and the findings are published in the Journal of Cognitive Neuroscience.