This week the spotlight is on Professor Murray Fraser, UCL Bartlett Faculty of the Built Environment. 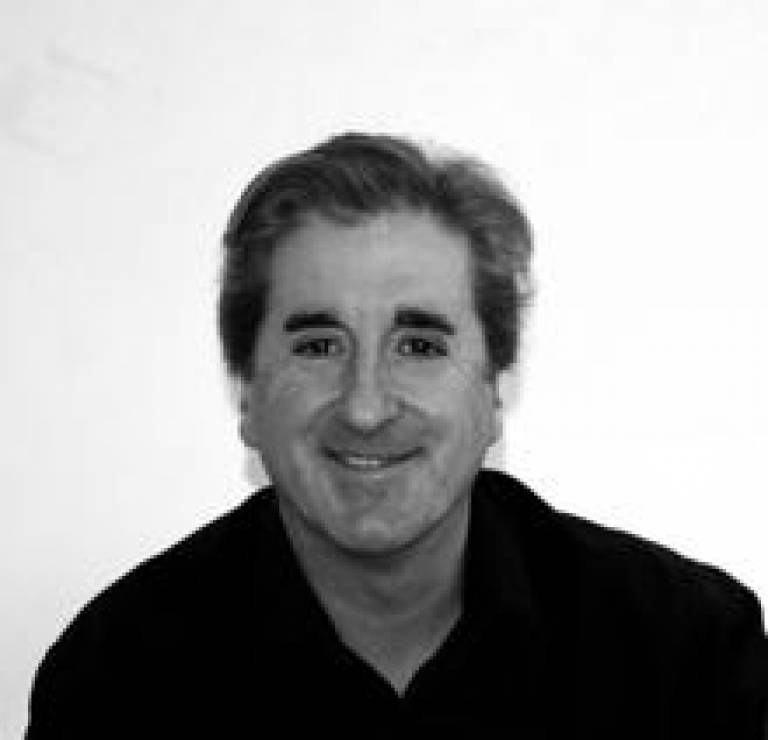 My title is Professor of Architecture and Global Culture in the Bartlett School of Architecture, and as such I teach every year of the architecture courses, from first year on the undergraduate degree right through to PhD level.

I also currently act as Vice-Dean of Research for the wider Bartlett Faculty of the Built Environment, sharing that major role with my fantastic colleague, Professor Jane Rendell. My current focus as Vice-Dean is taking the lead in preparing the Bartlett Faculty's submission to the REF 2014 sub-panel for Architecture, Built Environment and Planning.

My role also involves many other academic and professional activities around the world, and I was recently in Singapore for the annual World Architecture Festival, an event often referred to as 'The Architectural Oscars'. I chaired several of the main sessions there, and a particular highlight was the lecture by Thomas Heatherwick, designer of the spectacular cauldron for this year's Olympic Games.

I joined UCL in July 2011, after teaching for many years, first at Oxford Brookes University and then the University of Westminster. I was a professor at both of my previous institutions, as well as the Director of Architectural Design at the former and the Director of Postgraduate Studies and Research at the latter.

I actually first arrived at UCL as a fresh-faced undergraduate architectural student in the late 1970s. Over the subsequent years, far too many to mention, I managed to acquire no less than five UCL degrees. Of course that might not be a record, but it felt like one at the time. I was also working part-time as an architect for a decade to fund my Masters and PhD studies, and as such, benefited greatly from the lower fees that were charged then for part-timers taking postgraduate courses; it is certainly much tougher for them today.

In 2008, I was awarded the Royal Institute of British Architects (RIBA) President's Award for Outstanding University-Located Research for my book entitled Architecture and the 'Special Relationship': The American influence on post-war British architecture. Two years later, my work as the co-creator of the Archigram Archival Project - a comprehensive and free access website which contains the entire work of perhaps Britain's most famous architectural group - was also shortlisted for the same prize.

However, the aspect I am most proud of is that my students have won an unprecedented amount of prizes for their design work and their architectural history and theory dissertations. As a result many of my students' design projects and written dissertations have been published in professional and academic journals, or as book chapters or even books. You can view the astonishing work our students produce on the Bartlett School of Architecture website.

I am also a mentor for the Stephen Lawrence Trust, set up in memory of the aspiring architect who was so tragically killed in a racist attack before he could start university. I was delighted recently when my mentee, a young mother from Peckham, passed with merit at another London university after an extremely difficult time during her postgraduate studies.

I hold a lot of other architecture-related positions outside UCL. For example, I serve as the Chair of the Research and Innovation Group of the RIBA, and as the only British council member on the European Association for Architectural Education. Another role I currently hold within the RIBA is as part of their Awards Group, which amongst its other duties selects the annual shortlist for the Stirling Prize for best new building in Britain.

Another of my non-UCL activities is as a founding member of the Palestine Regeneration Team (PART), for which I am now involved in various real-world and speculative building projects in the West Bank and Gaza Strip.

As a further instance of global involvement, I am Executive Academic Advisor for a team which is setting up the Nazeer Hussain University in Karachi. This will be an entirely new, secular, co-educational, open-access institute intended to be affordable to even the poorest Pakistani citizens.

Whenever I do manage to get some time off, I love to go with my sons to watch Premiership football in the shape of the only affordable and friendly club in London at that level, i.e. Fulham FC.