On November 9, 2012, ceremonies on the summit of Cerro Tololo, Chile will mark the dedication of the Dark Energy Camera and the beginning of the 50th anniversary celebration of Cerro Tololo Inter-American Observatory (CTIO). 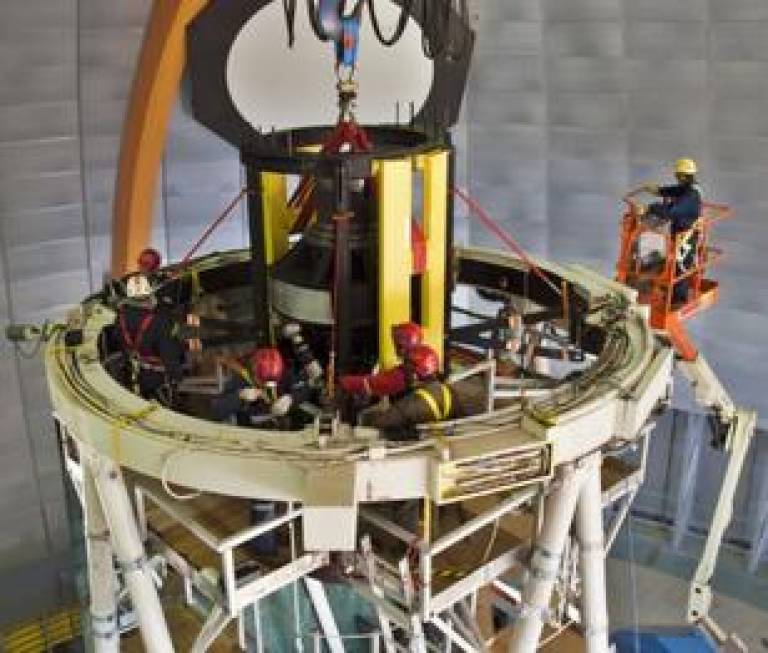 Professor Lahav will talk at the event about the international perspective of DES, on behalf of the non-US partners: the UK, Spain, Brazil, Germany and Switzerland. He chairs the Science Committee of the Dark Energy Survey (DES), as well as the DES:UK consortium which, in addition to UCL, includes the universities of Portsmouth, Cambridge, Sussex, Edinburgh and Nottingham.

UCL has been involved in DES since its early days in 2004. UCL' s Optical Science Laboratory, led by Dr Peter Doel, was responsible for putting together the Optical Corrector (supported by the STFC and universities funds). Drs Fillipe Abdalla and Sarah Bridle co-lead two of the Science Working Groups.

The Dark Energy Camera installed on the 4-meter Victor M. Blanco telescope at CTIO will conduct a powerful survey, collecting light from galaxies located up to 8 billion light years away. The camera has 62 charged-coupled devices (570-megapixels) with an unprecedented sensitivity to very red light, creating the most powerful sky-mapping machine ever available. The Dark Energy Survey will attempt to answer one of cosmology's greatest mysteries-why the expansion of the universe is speeding up rather than slowing down due to gravity.

The Dark Energy Survey is expected to begin after the camera is fully tested, about one month after the dedication. This wide-field survey will create detailed colour images of one-eighth of the sky, or 5,000 square degrees, to discover and measure 300 million galaxies, 100,000 galaxy clusters, and 4,000 supernovae.