A new gold standard for thyroid cancer treatment has been set, reducing radiation doses to just one third of the current level, according to research from the CRUK-UCL Cancer Trials Centre. 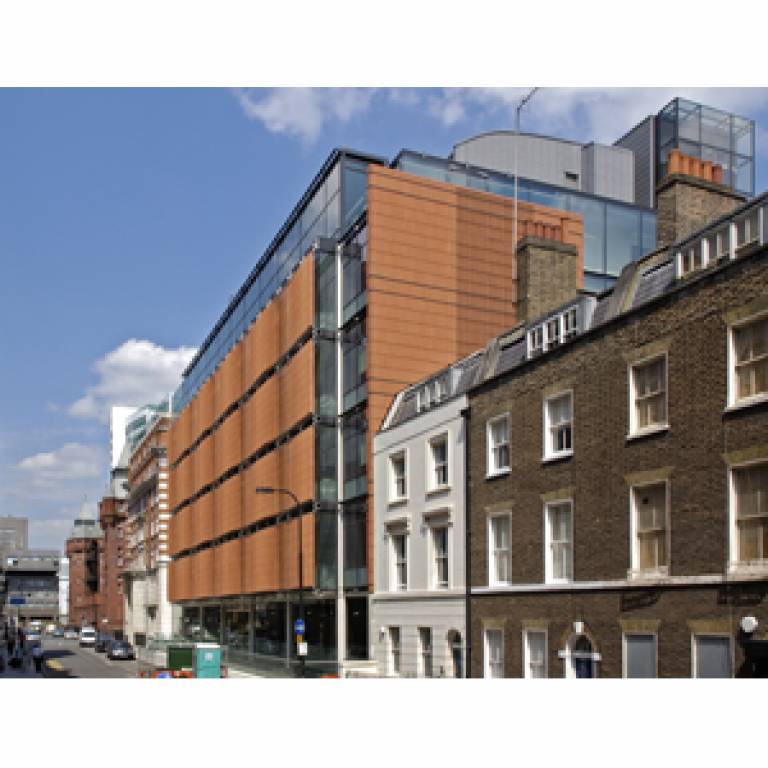 The results are published in today's New England Journal of Medicine.


Patients currently have surgery to remove the entire thyroid gland. A few weeks later they take a capsule containing radioactive iodine which destroys any remaining healthy thyroid gland tissue and any potential cancer cells. Improvements in surgery mean more of the thyroid gland is removed during the operation, leaving fewer remaining cells to be 'mopped up' - so lower radiation doses are adequate and equally effective.

The HiLo trial of 438 patients at hospitals across the UK, led by researchers at UCL's Cancer Institute, showed that giving selected patients a much lower dose of radioactive iodine* in a single oral capsule delivers similar treatment success to the current higher dose - destroying all thyroid gland cells remaining after surgery, with fewer side effects

HiLo is a seminal trial that will affect how most thyroid cancer patients will be treated... Future patients will have a shorter and safer treatment.

The higher doses of radioactive iodine previously thought necessary meant that patients had to stay in a hospital isolation unit for at least two days while the radiation left their bodies, without physical contact from family and friends. These high doses could have several side effects - the more serious of which occur later in life, such as a permanent dry mouth, and a small chance that a new cancer will develop.

However, patients taking the lower dose capsule can be treated as an outpatient. The process is easier, quicker (hours, rather than days), and patients experience fewer side effects.

The thyroid gland makes and releases hormones. After it is removed patients require thyroid hormone tablets for the rest of their lives. Radioactive iodine works best when patients stop taking thyroid hormone tablets two to four weeks beforehand, but this leads to side effects such as lethargy, fatigue and weight gain, reducing patients' quality of life and their ability to function at home and at work.

A secondary finding of the HiLo study is that patients can avoid these symptoms if they continue to take thyroid hormone tablets and are also given an injection of Thyroid Stimulating Hormone (Thyrogen) just before they take the low dose radioactive iodine.

"HiLo is a seminal trial that will affect how most thyroid cancer patients will be treated," says Professor Allan Hackshaw, a senior author of the paper and leader of the HiLo trial at the CRUK-UCL Cancer Trials Centre. "Health professionals have waited several decades for reliable research to show that a lower dose of radioactive iodine can be used instead of the standard high dose. Future patients will thus have a shorter and safer treatment"

Lead study author, Dr Ujjal Mallick, at the Freeman Hospital in Newcastle, says: "We're delighted that this study of thyroid cancer will change international approaches to treat the disease more safely, by reducing the chance of another cancer developing later in life and other side effects.

"Patients will have a much better quality of life. They'll be treated much more quickly, which will keep the disruption to their lives to a minimum, as well as saving the NHS money."

Kate Law, director of clinical research at Cancer Research UK, says: "This pivotal study - which is the first for thyroid cancer in the UK - heralds a vastly improved treatment for the disease.

"Being treated as an outpatient means that patients should be able to be in their home surroundings on the same day as the treatment. The lower dose of radiation and thyrogen will help them carry on with their lives as usual at work or at home without requiring several days to recover.

"More than 2,100 people are diagnosed with thyroid cancer in the UK every year** - and it has the fastest rising incidence rate of the most common cancers in the UK***. We're continuously striving to improve common treatments and reduce side-effects for this type of cancer."

*The low dose was 1.1GBq compared with the previous higher dose of 3.7GBq. GBq is the symbol for the gigabecquerel unit of radioactivity. The patients were recruited between 2007 and 2010.