Men can rest easy - sex chromosomes are here to stay

Fears that sex-linked chromosomes, such as the male Y chromosome, are doomed to extinction have been refuted in a new genetic study which examines the sex chromosomes of chickens. 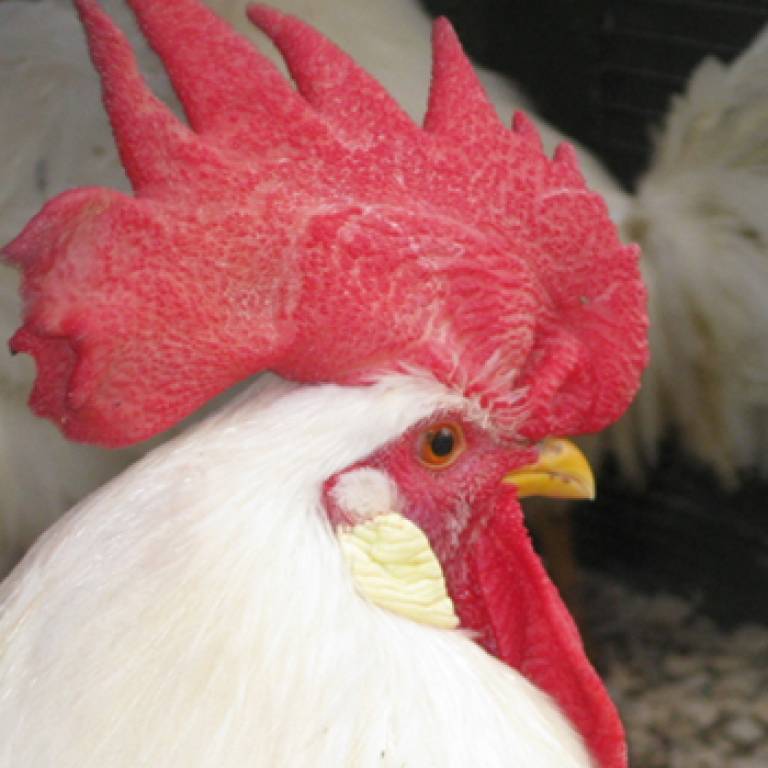 The study, published today in the journal Proceedings of the National Academy of Sciences (PNAS), looked at how genes on sex-linked chromosomes are passed down generations and linked to fertility, using the specific example of the W chromosome in female chickens.


The results confirm that although these chromosomes have shrunk over millions of years, and have lost many of their original genes, those that remain are extremely important in predicting fertility and are, therefore, unlikely to become extinct.

Professor Judith Mank, from the UCL Department of Genetics, Evolution and Environment and senior author said: "Y chromosomes are here to stay, and are not the genetic wasteland that they were once thought to be."

W chromosomes in female chickens are entirely analogous to Y chromosomes in men in that they are sex-limited and do not re-combine when males and females reproduce, as the other regions of the genome do.  Recombination allows chromosomes to break up linked genes, which makes selection more effective and helps get rid of faulty mutations.  Some scientists think that Y and W chromosomes are doomed because of this lack of recombination.

Y chromosomes are here to stay, and are not the genetic wasteland that they were once thought to be.

The study, which involved researchers at UCL, Oxford and the Swedish Agricultural University, compared DNA regions on the W chromosome in different breeds of chickens, whose fertility rates are very easy to measure simply by counting eggs.

Genetic information from two breeds, the Minorca and Leghorn, which lay more than 250 eggs per year, were compared with two breeds selected for male traits (fighting and plumage) called Yokohama and Old English Game.  The researchers also looked at Red Jungle Fowl, a wild ancestor of chickens.

This means that female-specific selection related to fertility acts to shape the W chromosome, and that the chromosome is able to respond to that selection despite all the problems with the lack of recombination.

Professor Mank said: "We have shown that Y and W chromosomes are very important in fertility - the Y in males and the W in females. It is the ability of the W-linked genes to evolve that is the key to their survival, and which suggests that both the Y and the W chromosomes are with us for the long haul."