How a mother's genes can increase birth weight

Researchers at the UCL Institute of Child Health have found a single genetic variant inherited from the mother significantly increases a baby's birth weight. 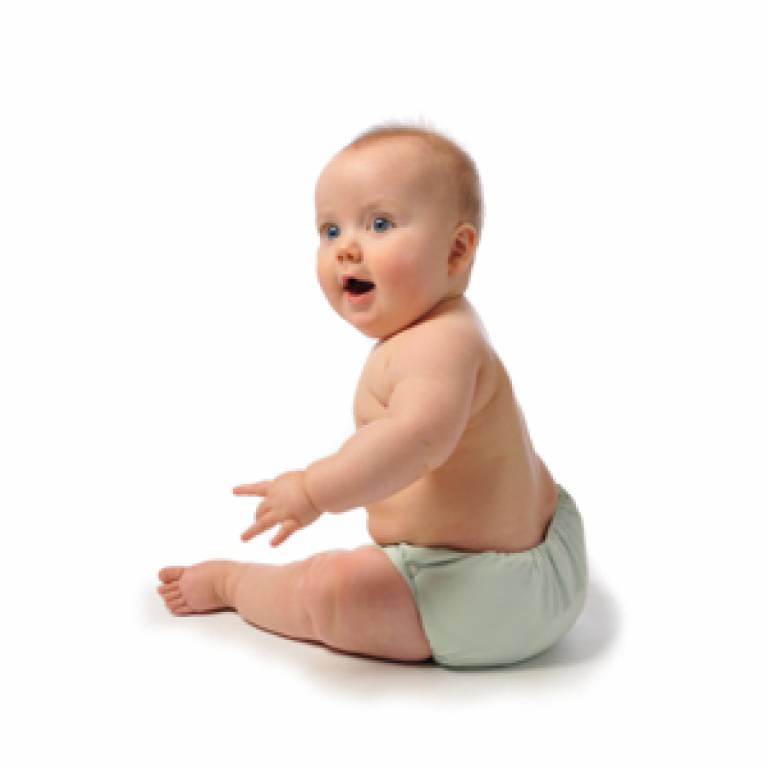 On average, the RS1 variant of PHLDA2 increases birth weight by 93g (~3%) if inherited from the mother and 155g (~5%) if inherited from the maternal grandmother via the mother. This is a highly significant effect for a single gene, and the first known example of a genetic variant affecting birth weight through maternal inheritance of an imprinted gene.

Foetal growth is an important area of research which takes into account the future health of babies. As such, the gene (PHLDA2) is already known to have a profound effect on birth weight by acting as a growth suppressor. In this instance, the gene is only "switched on" from the copy inherited from its mother. The copy from the father is silent. Genes regulated in this way are termed 'imprinted'.

Three separate cohorts of babies were checked in this study, including the Avon Longitudinal Study of Parents and Children (ALSPAC). Taking into consideration the average birth weight of a baby is 3000 grams, 155 grams is a very significant weight increase. This is a similar magnitude to the reduction in birth weight caused by maternal smoking, a well-established cause of concern to obstetricians.

This study also describes the more common RS2 variant, which is only found in humans. The authors have hypothesised that it has evolved to produce a smaller baby as a protective effect to enhance the mother's survival during childbirth. The father's lack of involvement in evolutionarily terms may stem from his own survival not being at stake and he can continue to reproduce with other females.

"Most of us will think of both the mother's and father's genes as having an equal influence on birth weight. Scientists for some time have recognised the particular influence of the mother's genes, but this is the first time we have seen to what extent.

"For one gene to have this magnitude of effect on a baby's birth weight is very significant. We suspect it will be the first of many examples once further details of interactions of the genome with the epigenome are unravelled. "

Research into the PHLDA2 gene is part of a programme of work that will continue beyond this study. Further insight into the function of PHLDA2 along with other imprinted genes will help to establish the genetic basis of foetal growth as well as the common and serious complications of pregnancy, such as when a foetus is unable to achieve its genetically determined potential size (Intrauterine Growth Restriction).

Media contact: David Weston
The full article, published in the American Journal of Human Genetics, can be accessed at: www.cell.com/AJHG/abstract/S0002-9297(12)00106-1