A genetic finding could help to explain why influenza becomes a life-threatening disease for some people, and yet has only a mild effect on others. 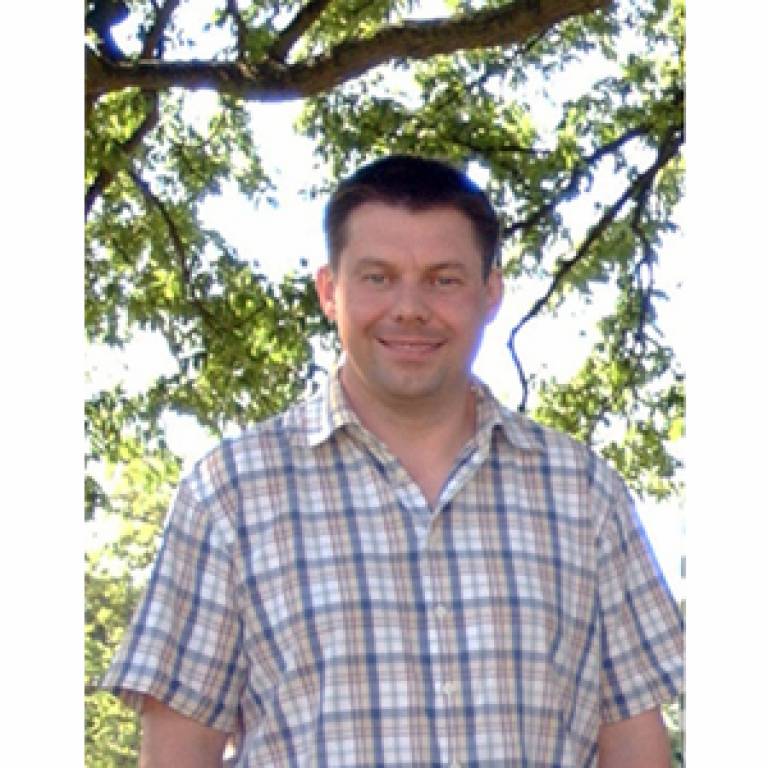 Collaborative research led by scientists at UCL and the Wellcome Trust Sanger Institute found that people who carry a particular variant of the IFITM3 gene are significantly more likely to be hospitalised when they fall ill with influenza than those who carry other variants.

The gene plays a critical role in protecting the body against infection with influenza and a rare version of it appears to make people more susceptible to severe forms of the disease. The results are published in the journal Nature.

IFITM3 is an important protein that protects cells against virus infection and is thought to be crucial in the immune system's response against such viruses as H1N1 pandemic influenza, commonly known as 'swine flu'. When the protein is present in large quantities, the spread of the virus in lungs is hindered. However, if the protein is defective or absent, the virus can spread more easily, causing severe disease.

The antiviral role of IFITM3 in humans was first suggested by studies using a genetic screen, which showed that the protein blocked the growth of influenza virus and dengue virus in cells. This led the team to ask whether IFITM3 protected mice from viral infections. They removed the IFITM3 gene in mice and found that once they contracted influenza, the symptoms became much more severe compared to mice with IFITM3. In effect, they found the loss of this single gene in mice can turn a mild case of influenza into a fatal infection.

The researchers then sequenced the IFITM3 genes of 53 patients hospitalised with influenza and found that some have a genetic mutant form of IFITM3, which is rare in normal people. This variant makes cells more susceptible to viral infection.

"Collectively, the data reveals that the action of a single antiviral protein, IFITM3, can profoundly alter the course of the flu and potentially other viruses in both human and mouse," explains senior co-author Professor Paul Kellam, who holds a joint appointment at UCL Research Department of Infection and the Wellcome Trust Sanger Institute. "To fully understand how both the protein and gene control our susceptibility to viral infections, we need to study the mechanisms of the gene variant more closely.

"Our research is important for people who have this variant as we predict their immune defences could be weakened to some virus infections. Ultimately as we learn more about the genetics of susceptibility to viruses, then people can take informed precautions, such as vaccination to prevent infection."

This work on influenza complements existing research in the UCL/MRC Centre for Medical Molecular Virology, focusing on how viruses such as HIV have jumped species to cause disease in humans, and how the use of next generation gene sequencing uncovers the mechanisms whereby viruses can escape from vaccines and antiviral drugs.

Our research is important for people who have this variant as we predict their immune defences could be weakened to some virus infections.

"Paul Kellam's joint appointment provides enormous potential for linking the expertise on gene sequencing at the Wellcome Trust Sanger Institute with UCL's clinical research environment," says Professor Deenan Pillay, Head of UCL Research Department of Infection. "This Nature paper represents a significant advance in our understanding of why infections can hit some people harder than others."

Professor Greg Towers, Wellcome Trust Senior Fellow in the UCL Research Department of Infection says: "This is another fantastic example of how pathogens like flu are controlled when they infect us. What is really interesting here is how different people do better or worse after infection due to their genetic make-up."

Sir Mark Walport, director of the Wellcome Trust, said: "During the recent swine flu pandemic, many people found it remarkable that the same virus could provoke only mild symptoms in most people, while, more rarely, threatening the lives of others. This discovery points to a piece of the explanation: genetic variations affect the way in which different people respond to infection.

"This important research adds to a growing scientific understanding that genetic factors affect the course of disease in more than one way. Genetic variations in a virus can increase its virulence, but genetic variations in that virus's host - us - matter greatly as well."