Scientists at CERN - including members from UCL's High Energy Physics Group working at the ATLAS experiment - have discovered a new subatomic particle that could be the elusive Higgs boson, which is believed to be crucial in the formation of the universe. 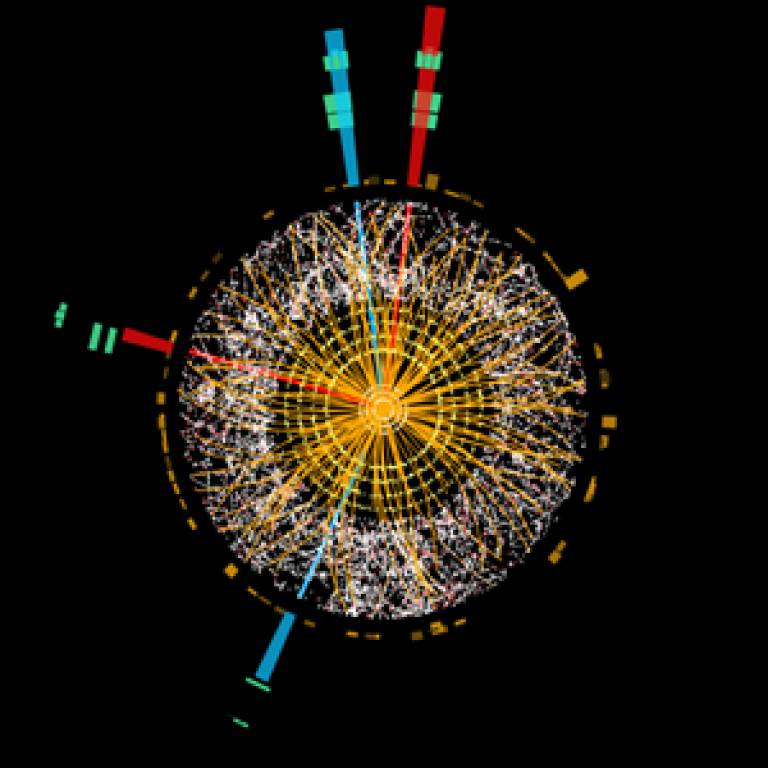 Videos: what the discovery of the Higgs means to UCL physicists

"We've all talked before about rumours, about hints, about projections and the hows and whys. But finally we have, beyond reasonable doubt, discovered something fundamentally new," said Professor Jon Butterworth (UCL Physics & Astronomy), who led the UK development of ATLAS, one of the experiments at the Large Hadron Collider (LHC).

By combining the work of two research teams, ATLAS and CMS, CERN has announced that the new boson has a mass of between 125-126 GeV at 5 sigma. The sigma value is important as it refers to the statistical confidence of the result, with the value of nearly 5 the usual particle physics threshold for discovery, roughly meaning that the team 99.9 per cent sure of the discovery.

So what is the Higgs? Professor Butterworth answers:

In the Standard Model of particle physics, this mass can only happen if a certain kind of quantum field fills the universe, and sort of sticks to some particles to give them mass. Inventing a whole-universe-filling-field just to make your maths work is quite extreme. The only way of proving whether you've done the right thing or not, whether the field is real or not, is to make a wave in the field. This wave is, or would be, the Higgs boson. And it has to show up at the LHC or the field is either not there, or very different from what we expected. Nowhere to hide.

With today's result just preliminary, the next step will be to determine the precise nature of the particle and its significance for our understanding of the universe.

Crucially, it will be vital to establish whether this boson is indeed the long-sought Higgs boson, conforming to the standard model of physics, or something more exotic.

Whatever the answer, the identification of the new particle's characteristics will take considerable time and data. But whatever form the Higgs particle takes, thanks to the work of this international group of scientists, including those from UCL, our knowledge of the fundamental structure of matter is about to take a major step forward.

STFC Videos: The importance of the search for the Higgs