Stem cells found in amniotic fluid can be transformed into a more versatile state similar to embryonic stem cells, according to a study published today in the journal Molecular Therapy. 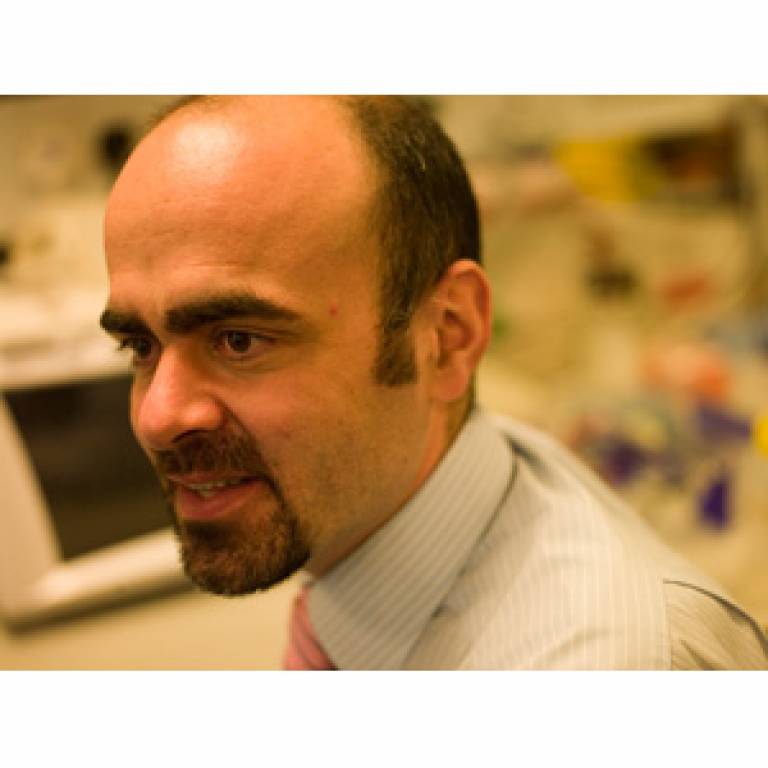 Scientists from the UCL Institute of Child Health and Imperial College London succeeded in reprogramming amniotic fluid cells without having to introduce extra genes. The findings raise the possibility that stem cells derived from donated amniotic fluid could be stored in banks and used for therapies and in research, providing a viable alternative to the limited embryonic stem cells currently available.

Amniotic fluid surrounds and nourishes the foetus in the womb. It can be extracted through the mother's abdomen using a needle in a process called amniocentesis, which is sometimes used to test for genetic diseases. The fluid contains stem cells that come from the foetus. These cells have a more limited capacity to develop into different cell types than stem cells in the embryo.

The researchers used stem cells from amniotic fluid donated by mothers undergoing amniocentesis for other purposes during the first trimester of pregnancy. The cells were grown on a gelatinous protein mixture in the lab and reprogrammed into a more primitive state by adding a drug called valproic acid to the culture medium. An extensive set of tests found that these reprogrammed cells have characteristics very similar to embryonic stem cells, which are capable of developing into any cell type in the body - a property known as pluripotency.

Even after growing in culture for some time, the reprogrammed cells were able to develop into functioning cells of many different types, including liver, bone and nerve cells. They also maintained their pluripotency even after being frozen and rethawed.

The results suggest that stem cells derived from amniotic fluid could be used in treatments for a wide range of diseases. Donated cells could be stored in banks and used in treatments, as well as in disease research and drug screening. A previous study estimated that cells from 150 donors would provide a match for 38% of the population.

This study confirms that amniotic fluid is a good source of stem cells. The advantages of generating pluripotent cells without any genetic manipulation make them more likely to be used for therapy.

Alternatives to embryonic stem cells are keenly sought because of ethical concerns and limited availability of donor embryos. Previous research has shown that it is possible to make adult cells become pluripotent by introducing extra genes into the cells, often using viruses. However, the efficiency of the reprogramming is very low and there is a risk of problems, such as tumours, caused by disrupting the DNA. The new study is the first to induce pluripotency in human cells without using foreign genetic material. The pluripotent cells derived from amniotic fluid also showed some traits associated with embryonic stem cells that have not been found in induced pluripotent stem cells from other sources.

Amniocentesis is associated with a small risk of causing a miscarriage, estimated to be about one in 100.

Dr Pascale Guillot, from the Department of Surgery and Cancer at Imperial, said: "Amniotic fluid stem cells are intermediate between embryonic stem cells and adult stem cells. They have some potential to develop into different cell types but they are not pluripotent. We've shown that they can revert to being pluripotent just by adding a chemical reagent that modifies the configuration of the DNA so that genes that are expressed in the embryo get switched back on.

"These cells have a wide range of potential applications in treatments and in research. We are particularly interested in exploring their use in genetic diseases diagnosed early in life or other diseases such as cerebral palsy."

Dr Paolo De Coppi, from the UCL Institute of Child Health, who jointly led the study with Dr Guillot, said: "This study confirms that amniotic fluid is a good source of stem cells. The advantages of generating pluripotent cells without any genetic manipulation make them more likely to be used for therapy.

"At Great Ormond Street Hospital we have focused on building organs and tissues for the repair of congenital malformations, which are usually diagnosed during pregnancy. Finding the way of generating pluripotent cells from the fluid that surround the foetus in the womb moves us one step further in the this direction."

The study was funded by the Genesis Research Trust, the Henry Smith Charity and Action Medical Research.

The children's charity Action Medical Research are funding the researchers to explore the therapeutic benefits of transplanting donated placental stem cells from healthy babies to babies with brittle bone disease.

Dr Caroline Johnston, Research Evaluation Manager with children's charity Action Medical Research said: "These new findings could be a step forward for treatments of a wide range of diseases that affect babies and children. We are proud of our history of funding medical breakthroughs and of our support for these researchers in their move towards life changing therapies."