Familiarity with your partner is usually thought to promote teamwork, but new research has found that on coral reefs at least, female cleaner fish are more cooperative with unfamiliar males than their breeding partner. 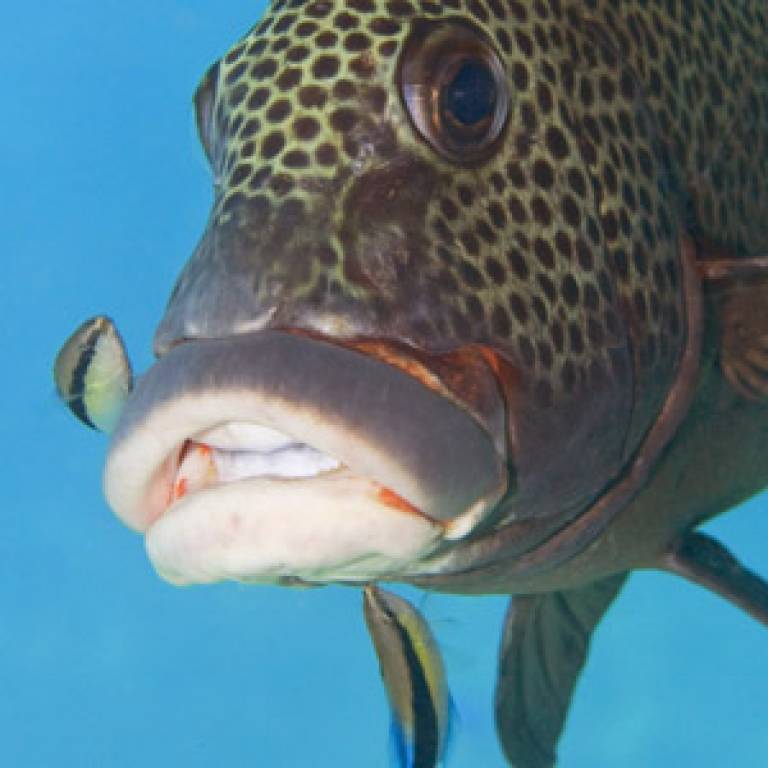 Published today in Proceedings of the Royal Society B, UCL researchers found that the unusual result was down to the power dynamic between male and female cleaner fish, with physically dominant males often punishing females in order to keep them in line.

Unfamiliar males are more aggressive towards their female work partners, leading to more submissive, cooperative behaviour. In comparison, males who work with females they also breed with tend to treat their partners more leniently, leading to selfish and risky behaviour from the female fish.

Dr Raihani, lead author from the UCL Research Department of Genetics, Evolution and Environment, said: "The fact that males were more aggressive to unfamiliar females meant that females were most likely to 'cheat' if they were paired with their familiar male partner. This led to the slightly counter-intuitive result that familiarity with a partner results in decreased cooperation in this species."

Cleaner fish (Labroides dimidiatus) live on coral reefs in the Indo-Pacific Ocean and provide a service to other fish living on the reef - known by biologists as 'clients' - by removing bits of dead skin and parasites.  Although cleaner fish prefer to dine on mucus, feeding on living tissue is harmful to their clients. Called 'cheating', eating mucus can cause the client to swim off, losing the cleaner fish their dinner.

Punishment is actually quite rare in nonhuman animals - it has been conclusively documented in marine cleaning mutualisms and a just handful of other species.

Dr Raihani said: "If one cleaner cheats, by biting the client, both of the cleaner fish will experience the cost of the client swimming off. In this situation, males aggressively chase females if females cheat and cause the client to leave.

"Females are better behaved after a male punishes them - they are less likely to cheat the client again. This is good for the male because it means that there is less chance of the client making an unexpected early departure and that means the male can carry on eating parasites for longer," said Dr Raihani.

Male cleaner fish have a vested interest in the wellbeing of their female breeding partner - they don't want to harm her too much - as ultimately the male might harm his own reproductive success. But that's not the case with unfamiliar females where reproductive interests do not coincide.

"Punishment is actually quite rare in nonhuman animals - it has been conclusively documented in marine cleaning mutualisms and a just handful of other species. However, it is quite commonly used by humans, with various forms of punishment used to enforce cooperation in a range of different situations," said Dr Raihani.

The research was funded by the Royal Society, and a John and Laurine Proud fellowship.