People will reject an offer of water, even when they are severely thirsty, if they think the offer is unfair, according to a new study by researchers at the Wellcome Trust Centre for Neuroimaging at UCL. 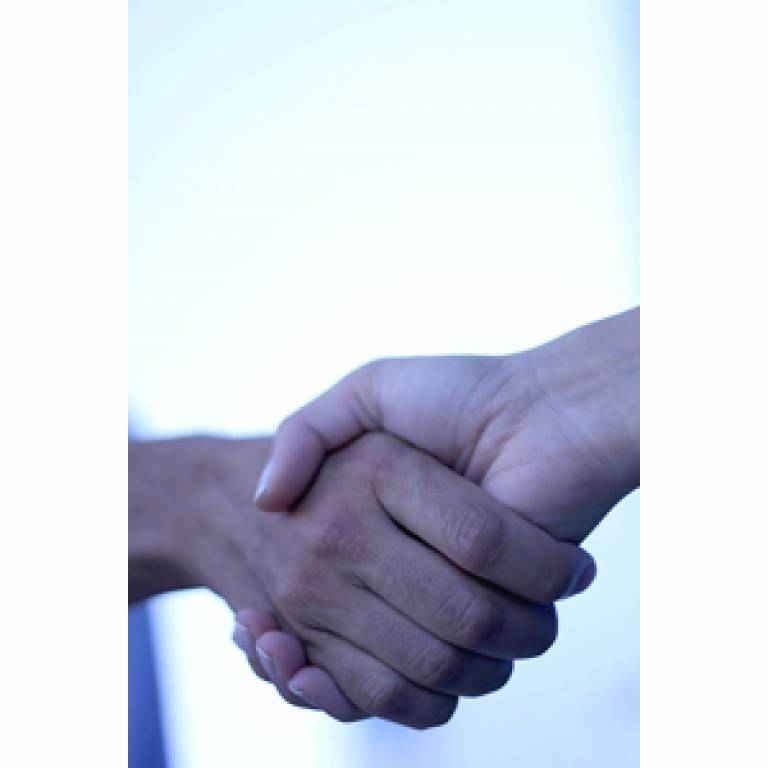 The findings have important implications for understanding how we make decisions that need to balance fairness and self-interest.


In studies that require people to share out money, it has been known for some time that the person receiving an offer will tend to reject it if they think it unfair, preferring to let both parties walk away with nothing rather than accept a low offer in the knowledge that the other person is taking home more.

In contrast, our closest relatives, chimpanzees - when bargaining for food - will almost always accept an offer regardless of any subjective idea of 'fairness'.

This study was designed to find out whether humans would similarly accept unfair offers if they were bargaining for a basic physiological need, such as food, water or sex.

The team recruited 21 healthy participants and made 11 of them thirsty by drip-feeding them a salty solution, while the others received an isotonic solution that had a much smaller effect on their level of thirst. The participants reported their own perceptions of how thirsty they were using a simple rating scale, and to obtain an objective measure of each individual's need for water, the team measured the salt concentration in their blood.

These findings show that humans, unlike even our closest relatives, chimpanzees, reject an unfair offer of a primary reward like food or water - and will do that even when severely thirsty.

The participants then individually took part in an ultimatum game. They were told that two of them had been randomly selected to play a game to decide the split of a 500 ml bottle of water that could be consumed immediately. One of them would play the part of 'Proposer' and decide how the bottle should be split. The other would be a 'Responder' who could either accept the split and so drink the offered water, or reject the split so that both parties would get nothing. The participants knew that they would have to wait a full hour after the end of the game before they would have another chance to drink anything.

In reality, all of the participants played the part of the Responder. They were presented with two glasses of water with a highly unequal offer that they were told was from the Proposer: the glass offered to them contained 62.5 ml, an eighth of the original bottle of water, and the other contained the remaining seven-eighths that the Proposer wanted to keep for themselves. They had 15 seconds to decide whether to accept or reject the offer.

The team found that, unlike chimpanzees, the human participants tended to reject the highly unequal offer, even if they were severely thirsty. The participants' choices were not influenced by how objectively thirsty they were, as measured from the blood sample. However, they were more likely to accept the offer if they subjectively felt thirsty.

Dr Nick Wright, who led the study, says: "Whether or not fairness is a uniquely human motivation has been a source of controversy. These findings show that humans, unlike even our closest relatives, chimpanzees, reject an unfair offer of a primary reward like food or water - and will do that even when severely thirsty. However, we also show this fairness motivation is traded off against self-interest, and that this self-interest is not determined by their objective need for water but instead by their subjective perception of thirst. These findings are interesting for understanding how subjective feelings of fairness and self-interested need impact on everyday decisions, for example in the labour market."

The study is published online today in the open access journal 'Scientific Reports'.