This week the spotlight is on Justin Kurland, PhD student, Department of Security and Crime Science. 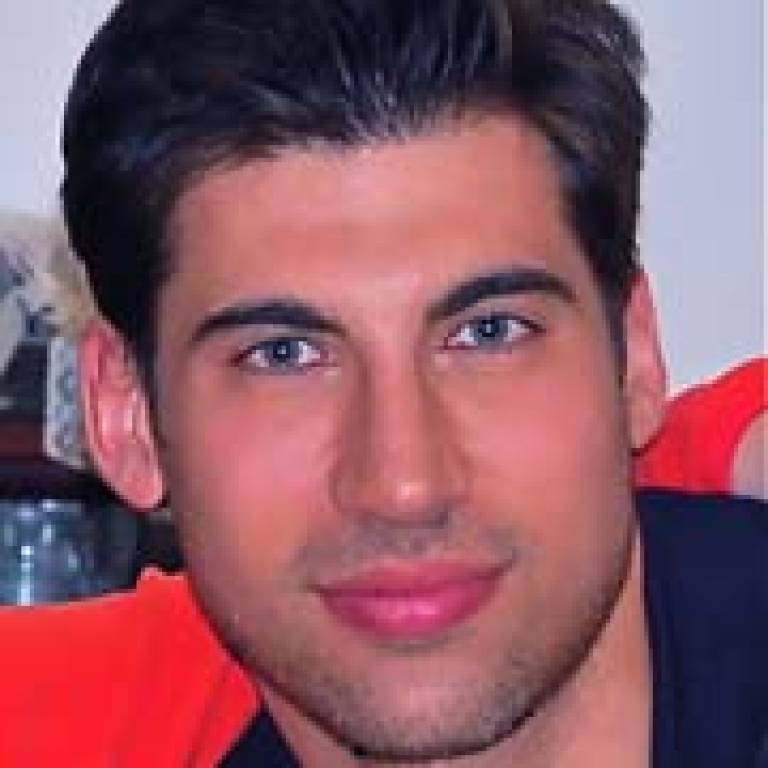 My primary role like all PhD students is to conduct independent research that meaningfully extends the boundary of human knowledge. The path we take to extend that boundary is ultimately what distinguishes PhD students from one another.

My path relates to the study of football-related crime and disorder. This happens to be a path that many researchers in the social sciences have travelled down before, with some saying not only had it been over researched but that there is little else that can be gleaned. I begged to differ.

Unlike my predecessors who primarily focused on individual and societal factors that make reducing and/or preventing crime a rather challenging, time-consuming and expensive endeavour, I choose to turn my attention towards understanding how crime around football stadia clusters across time and space. By gaining a clearer understanding of the nature of crime patterns around football stadia, it is hoped that effective and financially sustainable (situational) measures could be applied to help reduce and prevent these crimes, as well as help establish the most suitable locations for stadiums to be built in the future.

My research takes advantage of a number of established geocomputational methods to help measure spatiotemporal patterns. And, I have also developed a unique geostatistical program to determine where statistically significant differences exist between different sets of point pattern data. My work also aims to facilitate the use of agent-based modelling for analysing behaviour around football stadia.

I have been at UCL since September 2009. Prior to coming to the Department of Security and Crime Science I worked for several years as a criminal investigator for the Office of the Public Defender for the state of New Jersey, my home state.

Most of the investigations I conducted in my role as a criminal investigator were drug related offences, but I was also frequently involved in the investigation of sexual assaults, robbery and attempted murder, as well as several homicides.

I am thankful for my time as a criminal investigator as it helped me gain considerable insight into the how the criminal justice system works. Additionally, working in an environment where you are constantly in contact with those who are suspected, arrested or convicted of committing a crime, particularly violent crime, provided me with a great deal of tenacity which I believe is necessary to be successful and make viable contributions in our field.

At the moment I am most proud of some of the inroads that I have been able to make regarding how spatiotemporal analyses can be utilised to provide empirical evidence for police in their negotiations over how much football clubs should contribute towards the cost of policing. It must be said that this would not have been possible if it were not for the outstanding assistance I have received from my colleagues Professors Shane D. Johnson and Nick Tilley.

This achievement is also in large part to do with simply identifying an on-going and incredibly litigious matter that exists between police forces throughout England and Wales and the associated football clubs for who these forces provide policing services. The contentious nature of this dispute had been at a standstill for nearly four decades with police indicating that football clubs were not contributing their fair share of policing costs that were attributable to the football matches taking place, but had previously only been able to point to anecdotal evidence.

We seized this opportunity to not only develop a unique methodology that allowed us to test for spatial and temporal differences between football match days and appropriate comparators, but used the episodic nature of match /non-match day conditions which approximate a natural experiment to empirically examine long- standing but previously untested theoretical concepts from environmental criminology.

I am not resting on my laurels. What we have achieved thus far by empirically demonstrating the spatial extent of crime around football grounds is considerably larger than those areas that football clubs are currently held responsible for is a good start. However, until this research inspires a more evidence-based policy for ensuring clubs pay for the negative externalities associated with hosting football matches I do not feel it will have been entirely successful.

I live a relatively simple life outside of UCL. I primarily enjoy spending time in the company of friends and having a good laugh.

With all the reading I do for my research I also like to take in a film or television show when I have the chance. I am a big fan of Game of Thrones and Breaking Bad which for the moment is more than enough to satisfy my hunger for good film/television.

I am also a bit of a fitness enthusiast who appreciates a good workout related endorphin rush so I make my way to Bloomsbury Fitness quite regularly. I equally enjoy learning about the anatomical and physiological mechanisms which help muscle hypertrophy and while it is not my area of expertise by any means, I do like picking up the relevant academic article on the subject and getting stuck in.