For the duration of the London Olympics, UCL has been showing the events in the Quad on a big screen, attracting thousands of visitors onto campus. 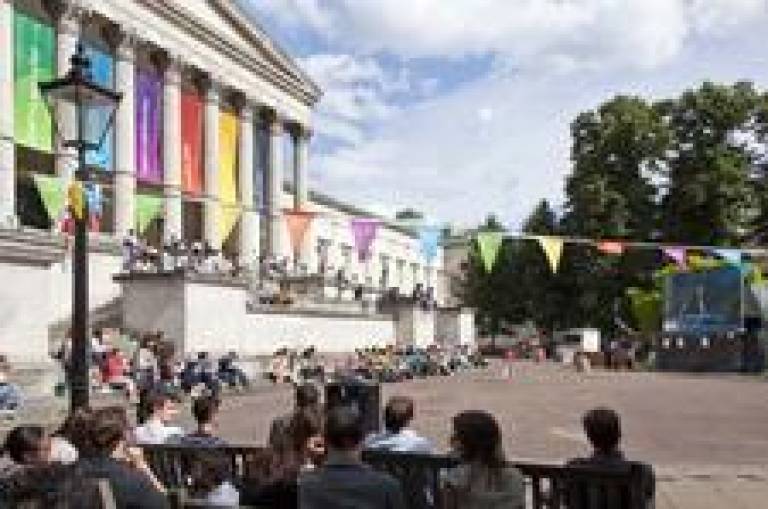 As well as the UCL community, local Camden residents also enjoyed the screen, including two 78-year-old twin sisters who travelled to UCL on the 29 bus each day to enjoy the games.

The Quad screening meant people were able to cheer on UCL alumni Christine Ohuruogu (UCL Linguistics 2005), who won a silver medal in the Women's 400m, and Rob Williams (BSc Biotechnology 2006) who, together with his GB teammates, was awarded a silver medal in the lightweight men's four rowing final.

Former USA athlete Carl Lewis, holder of nine Olympic Gold Medals, also made an appearance in the Quad as part of UCL's hosting of the Art of the Olympians exhibition.

Alexandria Hingley, Sports Coordinator at UCL Union, commented: "UCL have provided the public with a fantastic opportunity to get involved and experience the greatest show on earth this summer, with their outdoor screening of Olympic events in the main Quad. It has been a great way to get inspired by the Games this summer and for everyone to support their teams."