Neighbourhood income deprivation has a strong negative effect on altruistic behaviour when measured by a 'lost letter' experiment, according to new UCL research published today in PLoS One. 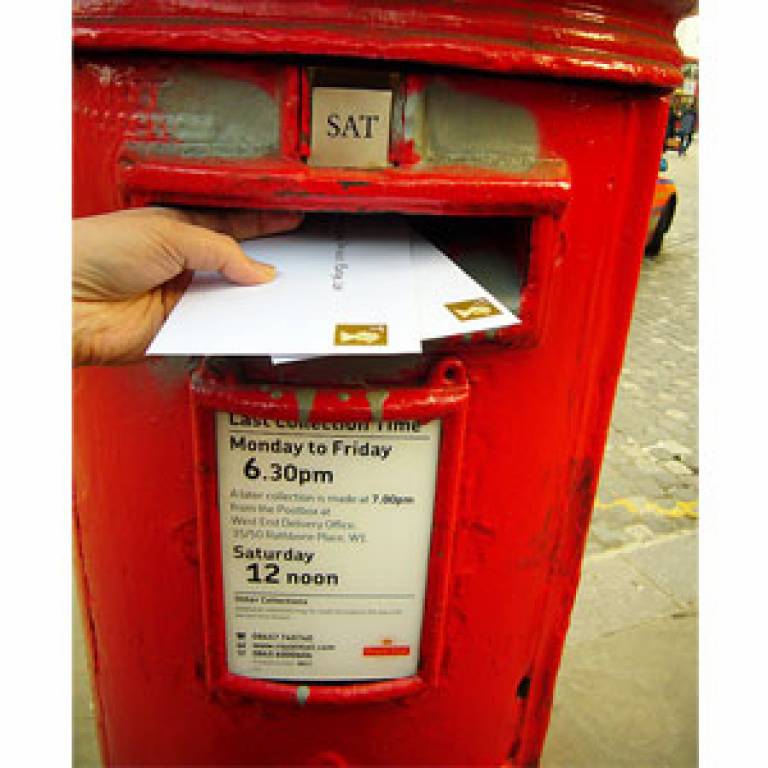 Researchers from UCL Anthropology used the lost letter technique to measure altruism across 20 London neighbourhoods by dropping 300 letters on the pavement and recording whether they arrived at their destination. The stamped letters were addressed by hand to a study author's home address with a gender neutral name, and were dropped face-up and during rain free weekdays.

first used in the 1960s by the American social psychologist Stanley Milgram, remains one of the best ways of measuring truly altruistic behaviour, as returning the letter doesn't benefit that person and actually incurs the small hassle of taking the letter to a post box.

As well as measuring the number of letters returned, the researchers also looked at how other neighbourhood characteristics may help to explain the variation in altruistic behaviour - including ethnic composition and population density - but did not find them to be good predictors of lost letter return.

Corresponding author Antonio Silva said: "The fact that ethnic composition does not play a role in the likelihood of a letter being returned is particularly interesting, as other studies have suggested that ethnic mixing negatively affects social cohesion, but in our sampled London neighbourhoods this does not appear to be true.

"The level of altruism observed in a population is likely to vary according to its context. Our hypothesis that area level socio-economic characteristics could determine the levels of altruism found in individuals living in an area is confirmed by our results. Our overall findings replicate and expand on previous studies which use similar methodology.

"Further research should focus on attempting to disentangle these two factors, possibly by comparing equally deprived neighbourhoods with different levels of crime. Although this study uses only one measure of altruism and therefore we should be careful in interpreting these findings, it does give us an interesting perspective on altruism in an urban context and provides a sound experimental model on which to base future studies."