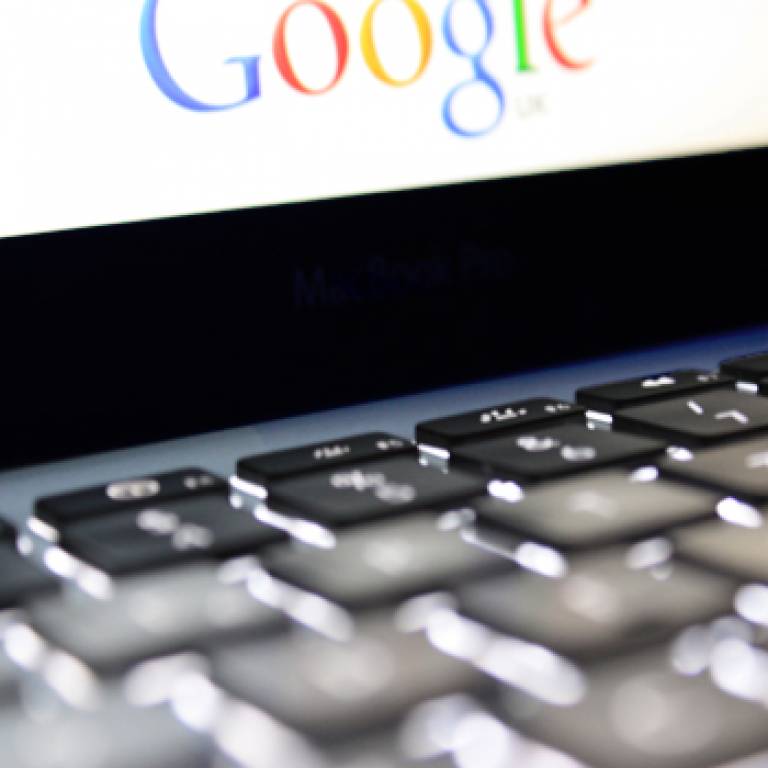 The findings, published today in the journal Scientific Reports, suggest there may be a link between online behaviour and real-world economic indicators.

"The Internet is becoming ever more deeply interwoven into the fabric of global society", said Helen Susannah Moat, research associate in UCL's Department of Mathematics and one of the authors of the study.

"Our use of this gigantic information resource is generating huge amounts of data on our current interests and concerns. We were interested in whether we could find cross-country differences in basic online search behaviour which could be linked to real world indicators of socio-economic wellbeing, such as per capita GDP," said Moat.

The team of four behind the results, Tobias Preis, Helen Susannah Moat, H. Eugene Stanley and Steven R. Bishop, examined Google search queries made by Internet users in 45 different countries in 2010, to calculate the ratio of the volume of searches for the coming year ('2011') to the volume of searches for the previous year ('2009'), which they call the 'future orientation index'.

We were interested in whether we could find cross-country differences in basic online search behaviour which could be linked to real world indicators of socio-economic wellbeing, such as per capita GDP.

They compared the future orientation index to the per capita GDP of each country and found a strong tendency for countries in which Google users enquire more about the future to exhibit a higher GDP.

As use of the Internet and other technological systems grow, increasingly large amounts of data are being generated, the empirical analysis of which can provide insights into real-world social phenomena, from influenza epidemics to stock market trading volumes.

Steven Bishop, professor in Mathematics at UCL and one of the authors of this work, is currently coordinating a large scale European project called FuturICT, to examine how we can use such data to understand the complex behaviour of society.

The project has a particular focus on the new dynamics of our social interactions in the presence of global technological networking, considering the catastrophes which can arise, such as the recent financial crisis, but also the opportunities offered by our increasing connectivity.

The project's ambitious goals have brought together a wide range of European researchers, building bridges across traditional disciplinary and national boundaries. The project consortium was recently invited to put together a bid for 10 years of European Commission funding to support a 1 billion Euro research endeavour in this area.