50th Anniversary of the UK's first step into space

The first satellite to carry experiments devised and operated by UK universities including UCL was launched 50 years ago today. 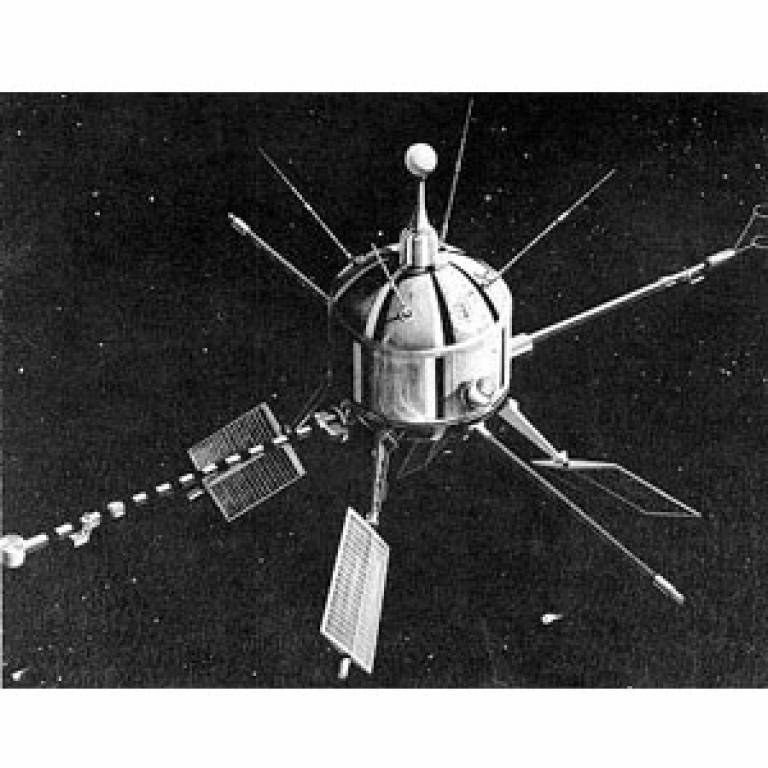 The leading figure behind the UCL experiments was Professor Harrie Massey. Professor Massey joined UCL in 1938 and was made head of the UCL Physics department in 1950. He remained its head after the department was merged with Astronomy in 1973 and retired in 1975.

Ariel 1 was launched from Cape Canaveral, Florida aboard a Thor-Delta rocket on 26 April 1962. The UCL experiments on board included those measuring solar radiation and the density and temperature of electrons and ions in the atmosphere.

By September 1962 it was clear that an American high-altitude nuclear test called 'Starfish', detonated on 9 July 1962, had damaged the satellite's solar panels and degraded performance.

Dr Jon Agar, UCL Science & Technology Studies, commented: "Ariel 1 is an important part of space exploration history because it was the first international satellite, a US-UK scientific collaboration that was a milestone in international scientific cooperation.

"In 1958 the Americans had offered other countries free rides into space for scientific projects and the UK took up this offer. The rocket and satellite casing were American and the launch was from Florida - but the experiments were British and the tracking of the satellite was from British and American facilities."

The mission heralded the beginning of the UK's now thriving satellite sector and its history of international collaboration in space. UCL has continued to play a key role in many UK and international space projects.

Professor Alan Smith, Director of UCL Mullard Space Science Laboratory, said: "Since our beginnings in 1966 the Mullard Space Science Laboratory has been a world leader in Space Science. Initially we were involved mainly with rocket experiments, about 200 of them, but in more recent years satellites have dominated our interests and we have contributed to more than 35 of them, many continue to operate. Our future programme includes the provision of hardware to some of the most exciting international missions in play.

"Space science is a highly competitive domain and only the best technologies are selected for future missions. Moreover, a track record of success is essential. Our groups of research scientists and engineers work together to ensure that we continue to provide world-class instrumentation that addresses the pressing science questions of our time. Our subsequent analysis and interpretation of the scientific data from the instruments benefits from the fact that we have such a deep understanding of the instruments themselves."

A two-day conference celebrating the Ariel 1 anniversary and 50 years of the UK in space will be taking place this week co-hosted by the Science Museum and the UK Space Agency.