With the police service undergoing budget reductions, and simultaneous calls for more officers on the streets, a new study offers some reassuring conclusions about the benefits of targeted policing. 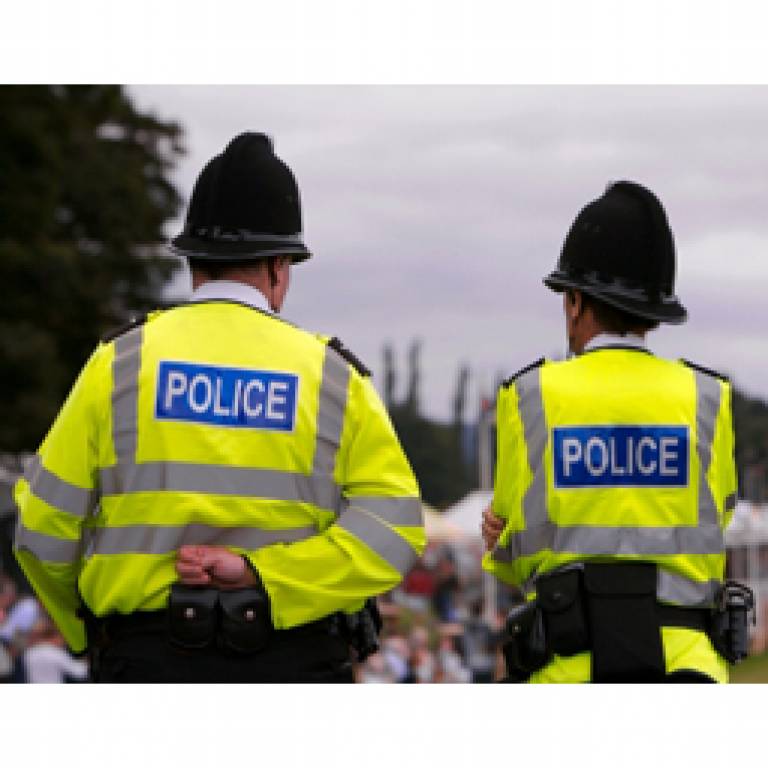 Researchers at UCL's Department of Security and Crime Science found no evidence that successful police crime prevention activity, such as problem-oriented policing, results in problems being moved elsewhere (as sceptics argue). In fact, the study identifies knock-on crime reduction benefits for nearby areas in some cases.

The new research, a systematic review of 44 international studies commissioned on behalf of the Campbell Collaboration and supported by the National Policing Improvement Agency, addresses the common assumption that targeted policing to reduce crime in one area might just displace the problem to adjacent areas.

The study found no evidence that focusing on crime 'hot-spots' by undertaking high-profile foot patrols or problem-oriented policing (which involves careful examination of the crime problems and tailoring action to the specific context) resulted in the displacement of crime. Instead, targeted interventions sometimes led to reductions in crime and disorder not only in the areas targeted but also in those areas nearby - the so-called 'diffusion of benefits'. Problem-oriented policing had the greatest positive effect on crime in nearby areas.

These findings are in line with theories that suggest offenders are not necessarily so determined to offend that they will simply 'move round the corner'. Interviews with offenders suggest not only that they prefer familiar environments, so if displaced are deterred from offending, but also that they might be unclear as to the scope of targeted police activity and believe police to be operating in a wider area - hence the 'diffusion of benefits' effect.

Author Dr Kate Bowers of UCL's Department of Security and Crime Science says: "This research adds weight to the view that criminal behaviour may be more 'normal,' in the sense that it is driven by satisfaction of fundamental needs and wants which are guided by cognitive reasoning, rather than by sociological or psychologically entrenched, deviant 'propensities'.

"The police service is being asked to do more with less. Evidence that targeted policing works and can have widespread benefits is good news for both police and the public purse."

The project was supported by the National Policing Improvement Agency (UK) and The Center for Evidenced-based Crime Policy at George Mason University, on behalf of the Campbell Collaboration. The study will appear in print, in the Journal of Experimental Criminology, in December.

Article in Journal of Experimental Criminology