This week the spotlight is on Professor Stephen Price, Department of Chemistry. 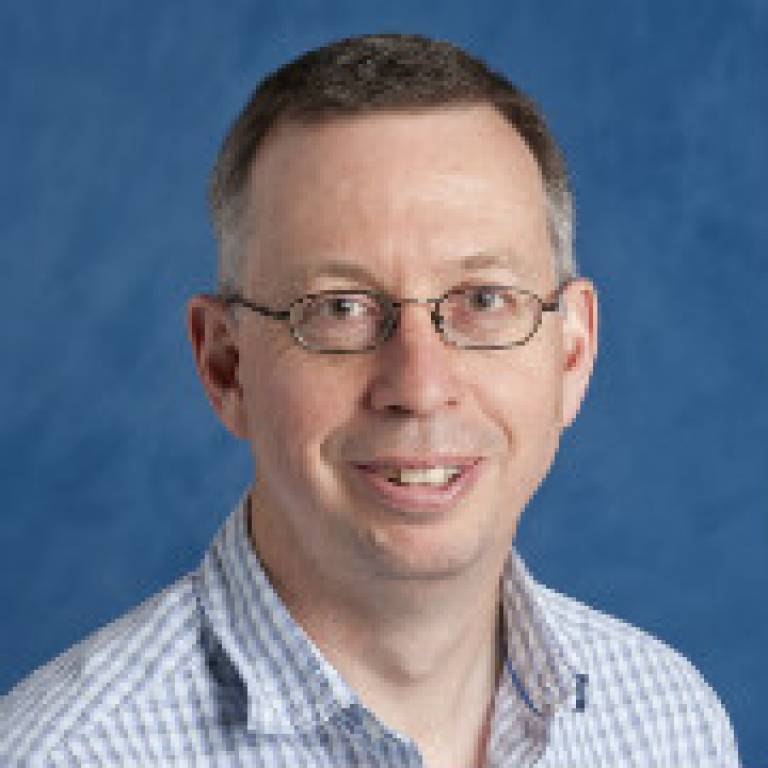 I'm the Science and Engineering Pathway Representative for the new Bachelor of Arts and Sciences (BASc) degree and an academic based in the Chemistry Department at UCL.

The new role involves setting up the Science and Engineering courses for the new degree, a degree which will take its first students in 2012.

BASC students will spend 50 per cent of their time taking core modules (including a language) and 50 per cent of their time on a major and a minor pathway. If the chosen major pathway is science-based (Science and Engineering, Health and Environment) then the minor option must be arts-based (Cultures, Societies) or vice versa (http://www.ucl.ac.uk/basc/). Thus BASc students will really experience both Arts and Sciences, in contrast to Liberal Arts Degrees in the USA.

Currently, I'm assembling a portfolio of courses from the Science, Economics and Engineering fields to allow BASc students to combine a coherent range of subjects. For example, in the first year, we will offer courses in subjects as varied as Making Planets, Engineering Thinking, Macro-Economics and Foundations of Chemistry.

The course will allow students who major in Sciences and Engineering to reach advanced level in their chosen subjects, but will also develop and highlight the interdisciplinary connections between the science and arts courses that they take. The core courses (such as Quantitative Thinking and Qualitative Thinking) will help students develop these links.

I feel that in the modern world interdisciplinarity is critical in allowing individuals to contribute coherently to solving real-world problems - problems that are invariably not restricted to one academic field. This importance of interdisciplinarity is recognised by employers who increasingly, for the majority of jobs, do not insist on a specific degree specialism.

I arrived at UCL in 1993, returning from an academic position in Colorado. UCL is an incredible intuition and I've never wanted to move away, so I've progressed the academic ladder and am now the Thomas Graham Professor of Physical Chemistry and Head of the Physical Chemistry section. As Head of Physical Chemistry, as well as running my own research group, I'm responsible for managing the strategy and progress of a group of 15 academics and their researchers. This management role involves tasks as strategic as directing the development of new research directions and teaching initiatives and as mundane as resolving disagreements about office space.

I think the new BASc degree is a groundbreaking educational initiative, a real first for UCL. In four years' time, I'm sure that we'll see a fantastic cohort of BASc graduates emerging - graduates with a wonderful breadth of vision, ready to make a significant contribution in the modern world.

On the research side, I work in the highly interdisciplinary field of astrochemistry and I'm quietly proud of being part of a group who have shown that laboratory data - in our case, on the formation of molecular hydrogen in interstellar clouds and ions in planetary atmospheres - can dramatically improve astronomers' models of extraterrestrial environments.

I love living in London and am a keen exhibition and opera-goer. It's also nice to get away from the buzz of the city, and, last year, I managed to get to both Scotland and Spain for rock climbing and hiking. I'm also a keen cyclist and am part of an intrepid band of UCL chemists who are regular cycle commuters.

Find out more about the BASc