Names, not social networks, bind us to global cultural and ethnic communities

Links between hundreds of millions of names belonging to people all around the world have been analysed by geographers from UCL and the University of Auckland. 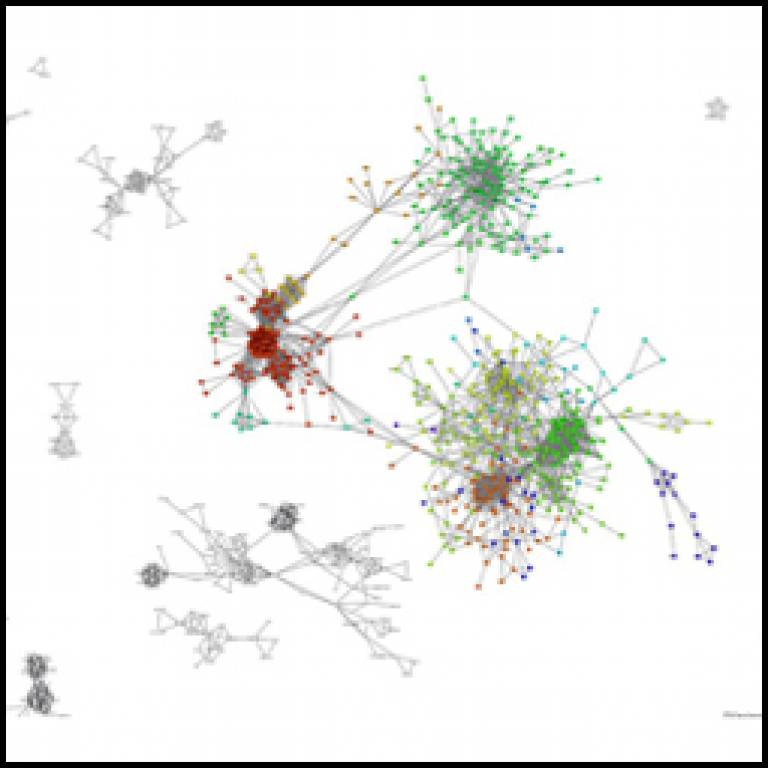 The results reveal how our forenames and surnames are connected in distinct global networks of cultural, ethnic and linguistic communities.

The researchers' methods could be of use to social scientists and health researchers investigating migration, identity and integration.

After studying the names of 118 million individuals, from 17 different countries, the team can reveal for the first time the existence of global 'naming networks' of linked forenames and surnames, providing a valuable representation of cultural, ethnic and linguistic population structure around the world.

"Previously, in order to try to classify and map populations using people's names you first needed to compile a comprehensive 'name dictionary' identifying the cultural ethnic and linguistic origins of each name," says author Dr. Pablo Mateos of UCL's Department of Geography. "It is difficult to compile the extremely large 'name dictionaries' required to cover complete national populations and there were inevitable inconsistencies in the way individual names were interpreted and categorised.

"Rather than use a 'name dictionary', our approach has been to focus on the links between surnames and forenames. When you combine millions of these links into networks you see clusters emerge. They reveal the cultural baggage involved in the way in which we bestow forenames on babies and pass surnames from one generation to the next, even long after migration to a different cultural setting has occurred," continues Dr. Mateos.

"We've shown how names can be used to 'automatically' classify individuals into cultural ethnic and linguistic communities, covering complete populations. By using repositories of names, such as telephone directories and electoral registers, we are able to identify ethnicity when no other alternative data source exists - something which could be extremely useful for future studies of public health, demography, ethnic segregation and migrant integration."

The article clearly demonstrates that the way in which people choose their children's names is far from random, instead reflecting cultural and kinship affiliations, geographical factors and social stratification even in today's highly interconnected world. It shows how it is possible to highlight the degree of isolation, integration or overlap between population groups in a rapidly globalising world and has important implications for research in population genetics, public health, and social science.

Image: Naming networks built from telephone directories and population registers. Each node on the images represents a unique surname. The links that tie them together represent the presence of common forenames between any pair of surnames (i.e. two people called Pablo Mateos and Pablo Garcia contribute to one link between Mateos and Garcia).