The London Centre for Nanotechnology (LCN) today hosted a number of distinguished professors from Yale University for a symposium called 'Frontiers of Nanoelectronics'. 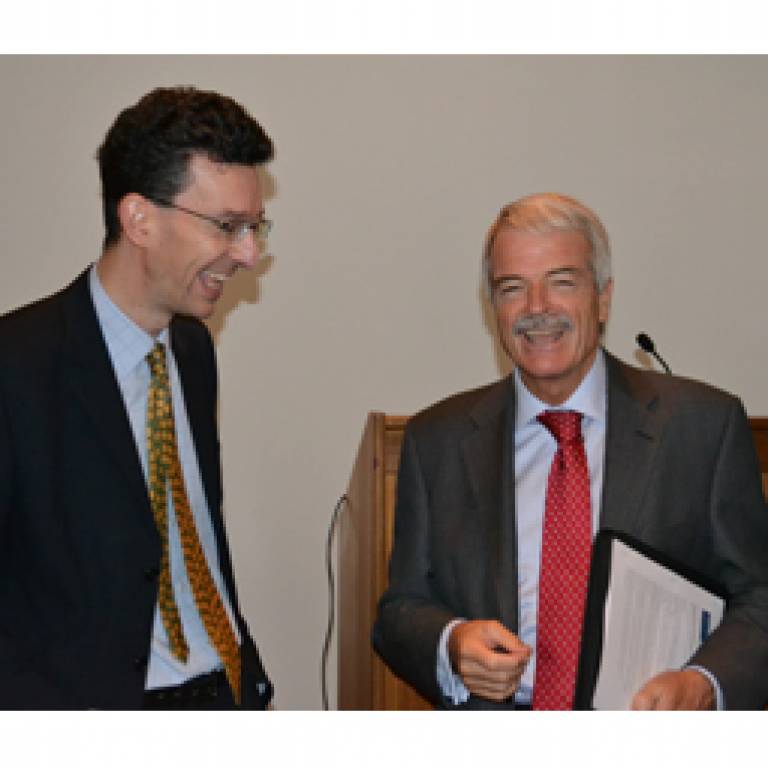 The event was arranged as part of the Yale-UCL Collaborative, an integrated, transatlantic partnership that will take the lead in solving the societal challenges of the 21st century. The Collaborative had already established successful interactions in biomedicine and the arts and humanities, and this symposium extended the range of ongoing activities into the physical sciences and engineering.

The meeting was organised by Dr Paul Warburton of LCN and UCL's Department of Electrical Engineering, who also spoke at the symposium. Other speakers were Professors Steve Girvin (Yale Vice-Provost), Daniel Prober, Karyn LeHur, Jack Harris and Leonid Glazman (all from Yale); and Sir Michael Pepper, Gabriel Aeppli, Sougato Bose and Bart Hoogenboom (all from UCL). As well as being of much scientific interest in their own right, the presentations highlighted possible future topics for research interaction, including hybrid superconductor-semiconductor nanoelectronic devices and terahertz electronics.

The day's events, which took place at the Royal Society and were jointly sponsored by Yale and UCL's Faculty of Engineering Sciences, cemented existing friendships between the two institutions, with participants looking forward to fruitful research interactions over the coming months and years.