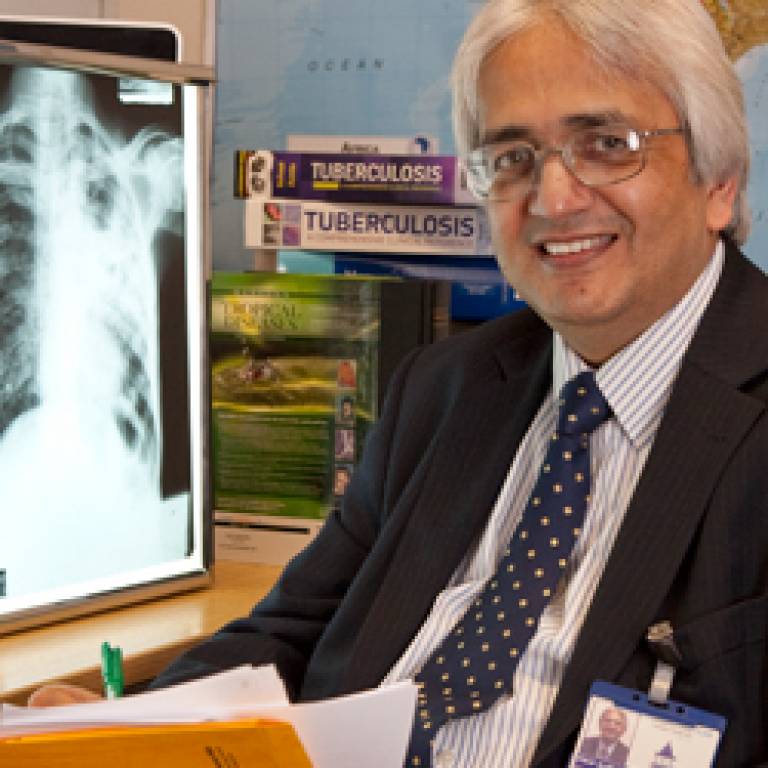 Professor Zumla is internationally renowned for his leadership in TB and TB/HIV research and for establishing north-south partnerships for TB research. His collaborations now span five countries in Europe and 10 in sub-Saharan Africa, where he leads several multi-country research projects. His team's research findings have contributed to the development of WHO's management guidelines on treatment and prevention of TB and TB/HIV - and to improvements in the care of patients worldwide.

I am very honoured and humbled by these awards. It is really heart-warming to be recognised in this way.

The UK is the only country in Western Europe with rising rates of tuberculosis (TB), and cases in London have increased more than 50% since 1999. Nationwide, there are now more than 9,000 cases diagnosed per year. The problem is becoming particularly acute in London, where 40% of all UK TB cases are diagnosed.

Professor Zumla was himself seriously ill with TB when working as a junior doctor at the Hammersmith Hospital in London in 1982. Despite nearly losing his life to TB meningitis, he is now a global leader in the field of infectious and tropical diseases. His work outputs on tuberculosis have been extensive and have led to improvements in the care of patients worldwide, particularly in countries where AIDS, tuberculosis, and other respiratory infections are endemic.

As well as his research role at UCL, Professor Zumla is Consultant Infectious Diseases Physician at University College London Hospitals NHS Foundation Trust. He also serves as visiting professor at several European and African universities and is Chairman of the International Scientific Advisory Committee to the United Kingdom All Party Parliamentary Group on Global Tuberculosis.

Commenting on the awards, Professor Zumla said: "I am very honoured and humbled by these awards. It is really heart-warming to be recognised in this way."