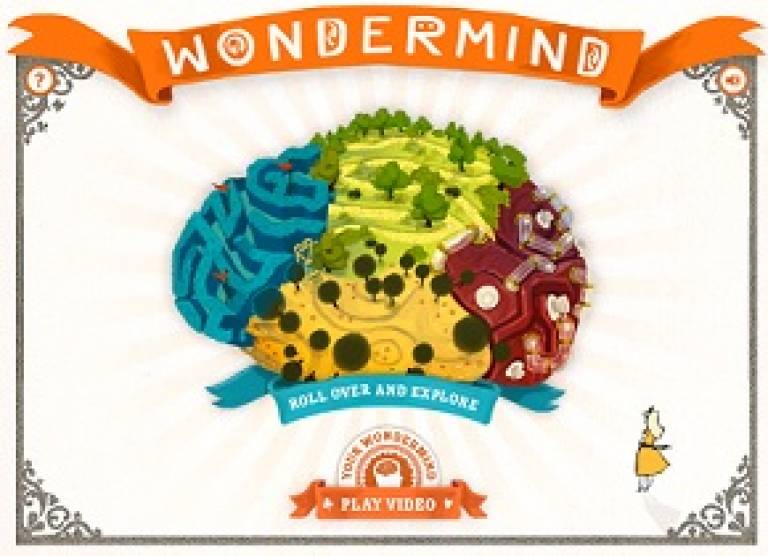 Wondermind was supported by a Wellcome Trust Society Award and the game was developed in partnership with independent games studio Preloaded. Visitors to the exhibition can play the game, and it is also accessible via the Tate Kids website.

Players need to complete tasks such as finding out who painted the Queen of Hearts' roses, helping Alice find the Cheshire Cat and White Rabbit, and making sure the Mad Hatter delivers a specific type of tea into the cups of his guests. Through the games, players learn about the development of cognitive functions such as memory, spatial awareness and language.

Accompanying the games is a series of interactive videos, created by award winning director Martin Percy, that allow players to have real conversations with scientists currently working in the field, including Dr de Haan.

Dr de Haan commented on her involvement: "This was a fantastic opportunity to work with a talented team and provide the scientific themes and content in the games and videos for Wondermind. The end result is a set of very entertaining games that embody key themes in developmental neuroscience that link to engaging interactive videos that give the detail and make the themes explicit."

The Wondermind scientists will also contribute to a blog, which will pose questions about neuroscience, the link between art and science and the art of Alice in Wonderland. Visitors to the site will be invited to join the discussion and there will be a competition for schools. Artworks from the Tate Collection will further enrich the Wondermind experience, both on and offline.